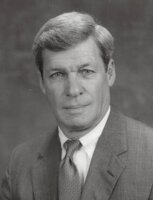 Robert E. Horstmyer, 87, of Cazenovia, passed away Thursday, June 30, 2022. He was born January 1, 1935 in Schenectady to Raymond and Evelyn Horstmyer. He was a graduate of Manlius Military Academy, and then went on to earn his bachelor’s degree in Business Administration from Colgate University. Bob was a veteran of the Korean War where he served in the U.S. Air Force as an F86 fighter pilot and as an advisor to the Korean Air Force. Robert began his career with the IBM Corporation in 1958 with management positions in sales, business development and general management where he excelled and was infamously known as the “Horse”. He retired in 1987 as the General Area Manager of Central New York. Upon his retirement he was appointed Vice President of the CIS Corporation and later became a partner of SCS, Inc. Robert was an active member of the community including Chairman of the United Way of Onondaga County, a member of the Cazenovia Rotary Club, Board member of Consolidated Industries, member, and former trustee of the First Presbyterian Church of Cazenovia. He was also a member of the Cazenovia Club, the Cazenovia Civic Club, and the Century Club. He remained a staunch supporter of his alma mater class of ’55 as a member of the Colgate Maroon Council and enjoyed attending Raider sporting events. Bob had a passion for golf and tennis. He could often be found on the courts of Cazenovia Tennis Club, or the greens of Cazenovia Country Club, Onondaga Golf and Country Club, the Cazenovia Golf Club, and Bear Creek Country Club in Hilton Head, South Carolina. During the winter, Bob enjoyed skiing and was a lifetime member of the Cazenovia Ski Club and a member of the National Ski Patrol. He gave generously of his time to organizations and cherished spending time with family and friends. Bob is survived by his wife of 66 years, Elaine “Sam” Horstmyer; his children, Steve (Peggy) Horstmyer of Cazenovia, Dave (Patti) Horstmyer of Schenectady, Lisa (Ed Kennedy, Jr.) Schaffner of Cazenovia and Karen (David) McDonough of Manlius; nine grandchildren and four great grandchildren. A memorial service will be held 10 a.m., Thursday, July 7, 2022 at the First Presbyterian Church of Cazenovia, 27 Albany St., Cazenovia. The family will receive friends in the fellowship hall of the church following the service. In lieu of flowers, contributions in Robert’s memory may be made to CAVAC, 106 Nelson St., Cazenovia, NY 13035. Condolences for the Horstmyer family may be left at www.michaelebrownfuneralservices.com