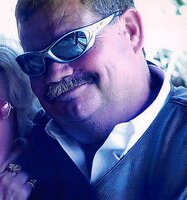 James M. Lee, 72, of Nelson passed away Thursday, September 1, 2022 at Community Memorial Hospital in Hamilton. He was born November 25, 1949 in Canastota and was a life resident of the Town of Nelson. Jim was a graduate of Morrisville High School in 1969 and served in the US Air Force from 1970 until his honorable discharge in 1974. He was employed as a maintenance crew leader with the Onondaga County Drainage and Sanitation Department for 32 years until his retirement in 2005. Following his retirement, Jim worked as a handyman and enjoyed carpentry and construction. He was a member of the American Legion Post, Syracuse. Jim was predeceased by his parents, James M. Lee who died in 1976 and Anna A. Lee who died in 1993; his wife, Carol A. Lee in 2013; his daughter, Paula Warner in 2009; his son, James Lee in 2022 a brother, Robert J. Lee in 1991; two sisters, Sandra A. Lee in 1976 and Theresa J. Lee in 1992. He is survived by his son, Adam J. Lee of Clay, NY; a daughter, Sandra L. (John Howard) Warner of Jamesville; a brother, Anthony V. (Lorraine) Lee of Nelson; his daughter-in-law, Stacey Lee of Leicester, NY nine grandchildren; four great grandchildren as well as several nieces and nephews. Calling hours will be held from 2 to 4 p.m., Sunday, September 4, 2022 at Michael E. Brown Funeral Services, 2333 Fenner Road, Cazenovia. There are no funeral services. In lieu of flowers, contributions in Jim’s memory may be made to a charity of one’s choice. Condolences for the family may be left at www.michaelebrownfuneralservices.com