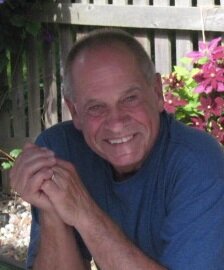 Please share a memory of Robert to include in a keepsake book for family and friends.
View Tribute Book
Robert W. Gregg Jr. was a lifelong resident of Cazenovia, NY and an active member of the community. He died January 16, 2023 from Alpha-1 antitrypsin deficiency and COPD. Born March 15, 1943, he was in the Class of 1961 at Cazenovia High School, and earned undergraduate and masters degrees in Secondary Social Studies from SUNY Cortland. Bob went on to teach high school social studies in the Cazenovia Central School District, and was the Social Studies Department leader for twenty years of his thirty years of teaching. He also served on the Village of Cazenovia Board of Trustees for three terms, served two terms as Mayor, from 1975-1978, and was Chairman of the Village Board of Appeals. Bob is survived by his wife Sally Travis Gregg, son Michael (Christine) grandchildren Mackenzie and Morgan Gregg of Cazenovia, daughter Diane (Rocco) grandchildren Sam and Sally Galasso of Cazenovia, sister Maravene Marion of Manlius, brother John (Heidi) Gregg of Sparta, NJ, sister Debra (David) Johnson of Newark, NY, and several nieces, nephews, and cousins. Bob enjoyed family and friends, reading, golfing, skiing, floating in the pool, and time spent on Sanibel Island and Martha’s Vineyard. He was a fan of the New York Yankees, Giants, and SU sports. Those who knew Bob know that he especially liked to laugh and argue for causes he believed in. “He will be missed by those that liked him and those that didn’t.” A Celebration of Life will be held for Bob at the Lincklaen House from 5 to 7 p.m., Friday, January 27, 2023. Contributions in Bob’s memory may be made payable to the Cazenovia Central School District, 31 Emery St., Cazenovia, NY 13035, Att: Amy Haube to be used to establish a scholarship in Bob’s name for students enrolling in education or political science college courses. Condolences for the Gregg family may be left at www.michaelebrownfuneralservices.com