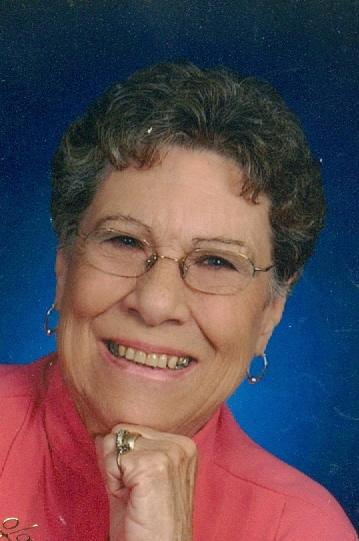 Joan K. Klahs, 82, of South Otselic (formerly of Chittenango) died Tuesday July 3rd after a valiant battle with multiple myeloma. She was born August 23, 1929 to Eleanor and LaVerne Minor. She graduated from Chittenango High School and Rome Business School. Joan retired after 22 years with General Electric in Syracuse where she was employed as secretary in various systems groups closely affiliated with the US Aero-Space and Military programs. Joan was a member of the American Legion Auxiliary Unit #973. She served as 6th District President, Unit Level President for 10 years, two years as Chenango County President, four years as County Chaplain and received the 2010 Grange Citizen of the Year Award. She was predeceased by her son Donald "Bear" Klahs in 2004, Surviving are her husband of 60 years Donald W.; her daughter, Eileen (Kyle) Saltern of Morrisville; Her daughter-In-Law, Bonnie Klahs of Oneida; Her brother Douglas Minor of Daytona Beach, FL; Her grandchildren Erick, Matthew, and Lacey; Her Great Grandchildren Gage and Evan; an Aunt, Regina Piquet of Constantia: several cousins, nieces and nephews. A Mass of Christian Burial will be celebrated at 3:00 pm Monday at St. Patrick's Catholic Church, Murray Drive, Chittenango. Rite of Committal will be private. Contributions may be made to Hospice of Chenango County. To send an online condolence, please visit taitfuneralhome.com. Tait Funeral Home, Inc.

Share Your Memory of
Joan
Upload Your Memory View All Memories
Be the first to upload a memory!