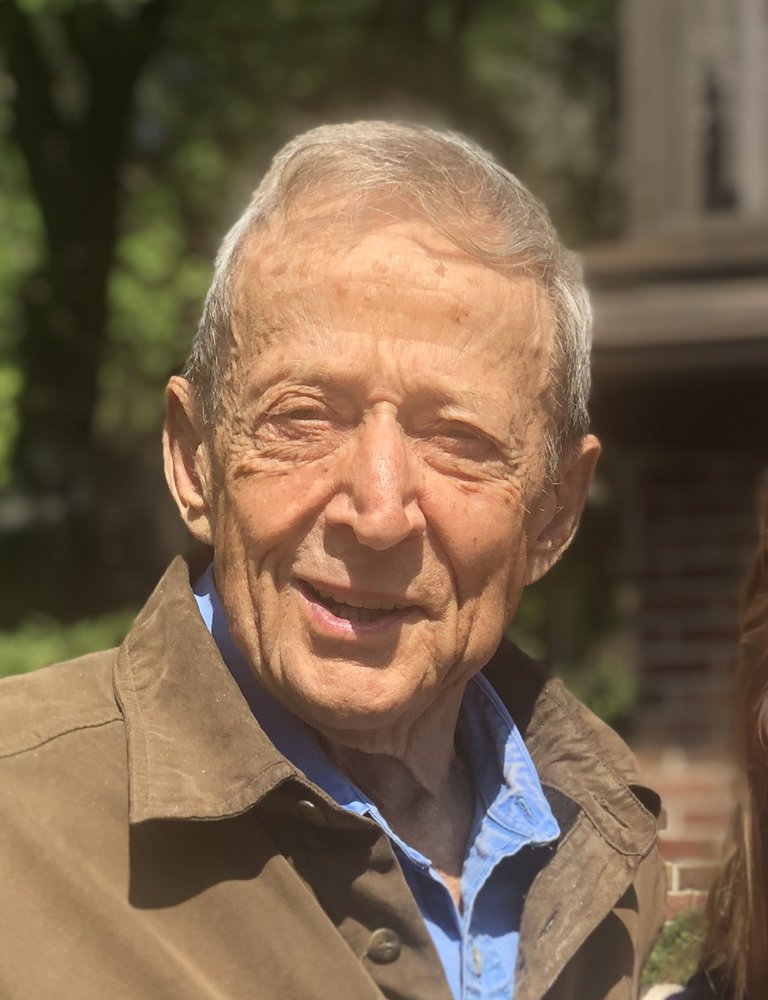 Please share a memory of Alvin to include in a keepsake book for family and friends.
View Tribute Book
Alvin V. Mistur, longtime resident of Cazenovia, New York was born in Syracuse, New York on December 5, 1931. He died of natural causes on January 15, 2020 at the age of 88. Al was the only son of Mary and Valentine Mistur who immigrated from Austria to the United States in the early 1920’s and lived on Syracuse’s north side. He graduated from Central High School before enrolling at Syracuse University and joining ROTC. In 1950, Al graduated with a Bachelor’s degree in liberal arts with a major in business. He was then commissioned an officer in the Air Force and stationed at Wichita, Texas. In December 1955, he married Jane Lucille Snow (d. 2008) of Cazenovia, New York at Syracuse University’s Hendricks Chapel. From 1955 to 1958, he served with the Strategic Air Command’s 68th Bomb Wing at Lake Charles, Louisiana, which included temporary duty in England. In 1959, Al joined the Air National Guard where he rose to the rank of Major as an intelligence officer with the 174th Tactical Fighter Group at Hancock Field before retiring with over 20 years of service. During that time, he was activated on two separate occasions, first to Phalsbourg, France in 1961 connected with the Berlin Crisis, and again in 1968 to Clovis, New Mexico. Between 1958 and 1967, Al was employed by New York Life, first in Syracuse, and later in Boston. In 1967, Al and Jane returned to Cazenovia and built a home on Stanley Road. Al joined the office of Marsh & McLellan until 1975 when he struck out on his own to purchase Cole Typewriter Company in Syracuse, which he owned and managed for 17 years before retiring in 1992 to enjoy golfing, skiing, fishing with his grandchildren, and working around the house. He was a member of the University Club of Syracuse, a member and President of the Syracuse Executives Association, served on the Board of Directors of the Cazenovia Ski Club, the Cazenovia Golf Club, and as a Trustee and Chairperson of the Trustees of the Cazenovia United Methodist Church. Al is survived by two sons, Mark Steven Mistur, his wife Joy and their three children Elliot, Evan and Elisabeth, and Andrew Snow Mistur, his wife Jane and their two sons Matthew and Ryan. Calling hours will be from 4 to 7 p.m. on Friday, January 24, 2020 at Michael E. Brown Funeral Services, 2333 Fenner Road, Cazenovia. A memorial service will be held at 10 a.m., Saturday, January 25, 2020 at the Cazenovia United Methodist Church, 23 Lincklaen St., Cazenovia, New York, 13035. In lieu of flowers, donations in Al’s memory may be sent to the Cazenovia United Methodist Church.

Share Your Memory of
Alvin
Upload Your Memory View All Memories
Be the first to upload a memory!
Share A Memory