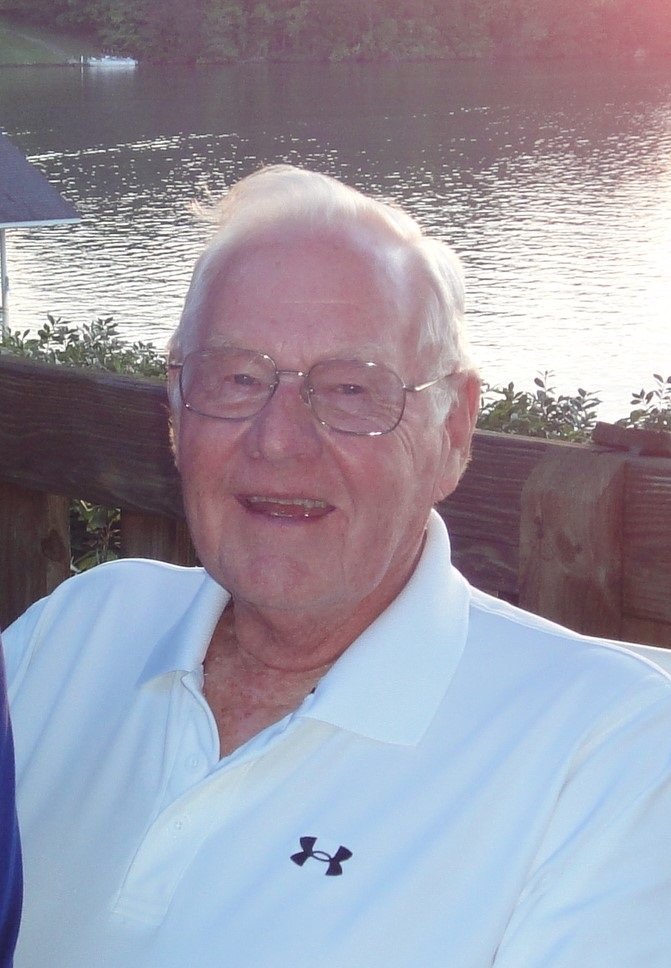 Please share a memory of David to include in a keepsake book for family and friends.
View Tribute Book
David Bruce Dibble passed away peacefully at Tidewell Hospice House Wednesday, January 22nd, 2020, in Ellenton, FL. Dave was born April 16th, 1931 in Syracuse, NY to Stanley and Erma Dibble. Dave married his sweetheart, Jacqueline Haulenbeek (Jacie), in 1957 and together they are survived by their four children: Bruce Dibble (Kim) with 4 grandchildren and 4 great-grandchildren (Georgia), Susan Englert (Scott) with 3 grandchildren and 1 great grandchild (North Carolina), Carey Reynik (Dave) with 2 granddaughters (North Carolina), and Marilynn Schueller (Mark) with 2 granddaughters (North Carolina). Jacie predeceased Dave in 2014. Dave is also survived by his second wife and long-time friend, Sally Fay Dibble and his sister, Doris D. Powell as well as several nieces and nephews. Dave attended Syracuse University where he played basketball his freshman year and rowed Crew while studying engineering. He graduated in 1954 with a degree in Mechanical Engineering. Dave served in the Navy with active duty in Charleston. He was commissioned as Engineering Officer on the minesweeper U.S.S. Dominant in 1954. The ship was built in Kingston, NY which is where he and Jacie first met and began dating. In 1956 he started working for Carrier Air Conditioning. While at Carrier, he received a patent for refrigeration system defrost control. He continued to advance his career, managing a manufacturing plant in Tennessee, serving as a Sales/Branch Manager in Florida then returning to Syracuse where he served as VP of Carrier International. In his retirement, he ran Baco Controls in Cazenovia, NY for several years before fully retiring so that he and Jacie could be closer to their children and grandchildren. Dave enjoyed being active and loved the outdoors. He enjoyed camping, hiking, skiing and spending time on the water whether it be canoeing, sailing or taking his family out to lunch on the “party barge”. He forged great friendships on the golf course and played tennis into his 80s. He was a Scout Leader and gave back to his church and community. He enjoyed supporting the local library and was an avid reader. Dave brought light to the room with his easy manner, contagious smile and zest for life. He was a loving father, grandfather and husband who will be deeply missed. Dave will be laid to rest in Cazenovia. The date for the service has not yet been set. Should friends desire, memorial donations may be made to Tidewell Hospice, attention Philanthropy, at 5595 Rand Blvd., Sarasota, FL 34238 or Friends of the Cazenovia Public Library, 100 Albany Street, Cazenovia, NY 13035.