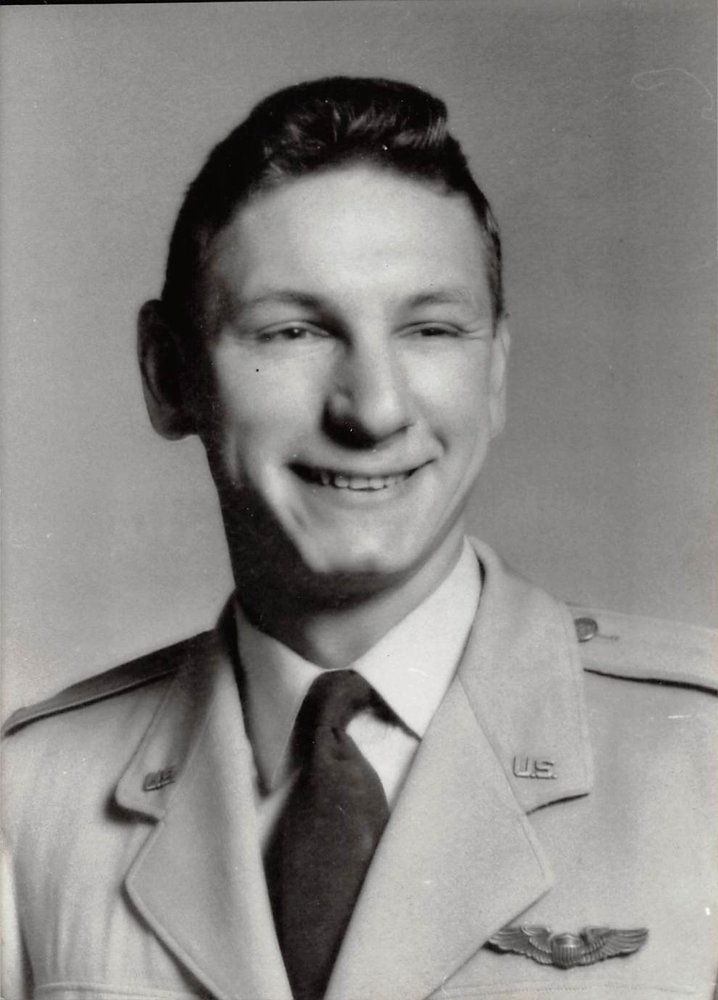 Please share a memory of Colonel John to include in a keepsake book for family and friends.
View Tribute Book
John Charles Druke passed away at home in Cazenovia, NY on April 23, 2020, with loving family by his side. John was born at home in Williamsville, Vermont, to Josef J. and Gertrude E. (Hickethier) Druke on December 22, 1932. He was raised and educated in Williamsville and was a graduate of St. Michael's High School, Brattleboro, and St. Michael's College, Winooski, VT, earning a Bachelor's degree in Mathematics. John entered military service as an Aviation Cadet in the US Air Force Pilot Training School in 1954. He married Martha H. McNamara in December 1955. He was commissioned as a 2nd Lieutenant in 1956 and flew T-33 and C-47 in the European Theater. John left active duty in 1959 and joined the Air Force Reserves, where he worked as a Budget Officer for Air Force Logistics at Griffiss AFB. John joined the 174th Tactical Fighter Wing and New York Air National Guard in 1967. Colonel Druke retired as Deputy Commander for Resources, 174th Tactical Fighter Wing, Hancock Field AFB, Syracuse, NY, in 1987. John’s interest in helping his community was shown through time spent volunteering with Boy Scout Troop 210, Bishop Grimes Booster Club, Kirkville Fire Department, and St. Patrick’s Church. John was proud to be a member and past president of Toastmasters Club 1271. After retirement, John took coursework in Silviculture at SUNY ESF. He became a Master Forest Owner and was chairman of the CNY Chapter of the New York Forest Owners Association (NYFOA) and vice president for statewide NYFOA. John received the 2001 Donald E. Stearns Memorial Forestry Award and 2006 NYFOA Outstanding Service Award. He enjoyed spending time with his wife, Martha, his children, grandchildren and extended family. John created fond memories by playing guitar and singing with family, sharing joy that folk music brings. John loved the outdoors and spent time at camp in White Lake or gardening at ‘Point Rock’. You would most likely find him in his woods in southern Madison County, practicing forestry and wildlife conservation, hiking or hunting with family and friends. John is survived by his wife of 64 years, Martha H. Druke; his children, John M. Druke of Cazenovia, Carmen B. Druke of Houston, Texas, Suzanne Druke Sprague of Baldwinsville, Lisa M. Druke of Fayetteville, and JoAnne (Bruce) Race of Cazenovia; his brothers, Bernard Druke and Edward Druke, both of Newfane, VT; his sister, Theresa Druke of Portland, CT; his grandchildren, Justin, Galen, Ian, Ari, Shannon, Elizabeth, Aaron, Cormac, Hannora and Cassia, and over 60 nieces and nephews. In addition to his parents, John was predeceased by his siblings: Gertrude, Ella, Mathilda, Arthur, Joseph, Mary, Frances, Barbara and Charles. Funeral services for immediate family will be held at Michael E. Brown Funeral Services, 2333 Fenner Road, Cazenovia, with Deacon John Addante officiating. Burial will be in White Lake Cemetery, Woodgate, New York. In lieu of flowers, contributions in memory of Colonel Druke may be made to the New York Forest Owners Association, PO Box 541, Lima, NY 14485; www.nyfoa.org, or Hospice of Central New York, http://www.hospicecny.org/ To leave a message of sympathy for the Druke family, please visit www.michaelebrownfuneralservices.com

Share Your Memory of
Colonel John
Upload Your Memory View All Memories
Be the first to upload a memory!
Share A Memory