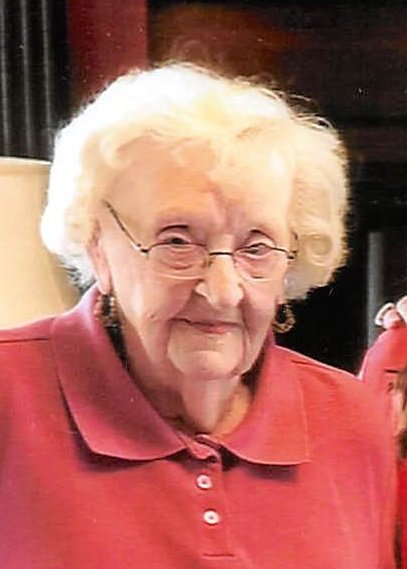 Please share a memory of Norma to include in a keepsake book for family and friends.
View Tribute Book
Norma L. Bronson, 89, of Cazenovia, passed away Friday, July 3, 2020 at Guthrie Cortland Medical Center. She was born in Cazenovia, attended Cazenovia High School and received her diploma in 1948. Norma married Louis Bronson in 1949 and was a lifelong resident of Cazenovia. Norma was a loving wife, mother and grandmother whose family was an essential part of her life. Norma was known for being very stubborn at times, but she always had the best interest of others in mind. One of her greatest lessons in life was to teach her daughters to be independent. Her employment included waitressing at the Golden Pheasant, the Brae Loch Inn and at Lake Meadows. She also worked at Crouse Hinds as a payroll clerk and at Agway as a bookkeeper. Norma had a flair for decorating and enjoyed setting up window displays at her husband’s business “The Chocolate Shop” on Albany Street. Her artistic talent extended to decorating Faberge Eggs where she participated in several egg shows throughout the country. Norma is survived by her two daughters, Greta (Thomas) Kalsuga of Cazenovia and Lou Anne (Tim) Barrington of Homer; two granddaughters, Jessica (Ray Pierce) Humiston of Colorado and Stephanie (Dan) Eichner of Pennsylvania. She was predeceased by her husband, Louis in 2000 and by her sister, Evelyn Caruso in 2016. Funeral services are private. Burial will be in Evergreen Cemetery in Cazenovia. Norma’s family has requested that contributions be made to CAVAC, 106 Nelson Street, Cazenovia, NY 13035 in her memory. To leave a message of sympathy for the Bronson family, please visit www.michaelebrownfuneralservices.com

Share Your Memory of
Norma
Upload Your Memory View All Memories
Be the first to upload a memory!
Share A Memory