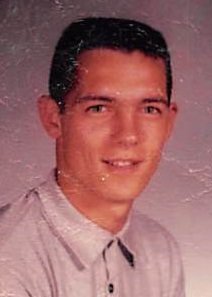 Please share a memory of Gary to include in a keepsake book for family and friends.
View Tribute Book
Gary E. (Lefty) Wilbur, 79, of Cazenovia, passed away Sunday, September 20, 2020 at Iroquois Nursing Home. He was born September 16, 1941 in Syracuse to Eugene and Rita Wilbur, Gary was a graduate of Indiana University where he earned his Bachelor’s degree and later his Master’s degree in Education. Gary was a physical education teacher for 32 years and began his career in Indianapolis, Indiana, then taught in Catskill, New York retiring from the Cazenovia Central School District in 1997. Gary was also a coach for baseball, football, and basketball. He was a member of the New York State United Teachers’ Federation, the Cazenovia Country Club, as well as a communicant of St. James Catholic Church. He is survived by his wife of 57 years, C. Rosalea Wilbur; two daughters, Barbara Holmes of Cazenovia and R. Catherine Johnson of Davenport, Florida; his sister, Barbara Westerlund of Sandy Creek; four grandchildren and two great grandchildren. In addition to his parents, Gary was predeceased by his brother, Thomas Wilbur. Funeral services are private. Burial will be in St. James Cemetery. There are no calling hours. Contributions in Gary’s memory may be made to Hospice of Central New York and of the Finger Lakes, 990 Seventh North St., Liverpool, NY 13088 or to the Cazenovia Athletics Association, 31 Emory Ave., c/o Cazenovia High School office, Cazenovia, NY 13035. To leave a message of sympathy for the Wilbur family, please visit www.michaelebrownfuneralservices.com

Share Your Memory of
Gary
Upload Your Memory View All Memories
Be the first to upload a memory!
Share A Memory