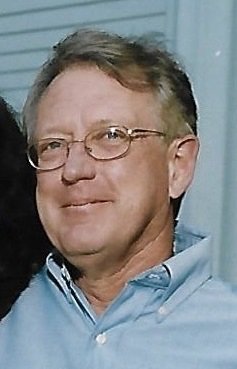 Please share a memory of Robert to include in a keepsake book for family and friends.
View Tribute Book
To know Bob Googin was to have a story about a truly unique human being. Those anecdotes have provided great comfort to his children since his physical decline in recent years and since his peaceful passing on October 4, 2020. Born the second of three sons to Nicholas Googin II and Loretta Coolahan Googin on May 1, 1947 in Cazenovia, New York, Bob lived his entire life (until he entered assisted living in 2012) in his hometown. Contemporaries of his teenage years will recall him for his role as the popcorn maker and projectionist at the movie theater owned by his parents, a vocation turned avocation in his adult years, as evidenced by the ever-present supply of his version of a main food group and for his fondness for hosting family home-movie nights where the featured presentation were the images he captured on his beloved Super 8 motion picture camera. Upon graduation from Cazenovia Central School in 1965 (diploma of which was granted upon the condition he shear the “mop top” inspired by The Beatles and which at some point was bleached with hydrogen peroxide in homage to The Beach Boys), Bob embarked upon a series of occupations, including work for Gaylord Brothers as a manufacturer and for Jim MacAdam Electric where he learned the trade along with all manner of home construction. Following these experiences, he took his gift for being able to fix (or at least cobble) anything and began a career as a self-employed and self-proclaimed “jack of all trades, master of none.” Ever ahead of the curve, Bob was a DIYer before it was chic as an Instagramable hobby, an energy conservationist (if for no other reason than to save a buck and if you don’t count the questionable things he burned in his woodstove), and a master of repurposing no longer used items (AKA an affinity for dumpster diving.) His MacGyveresque solutions to everyday problems were legendary and his children only regret that “Shark Tank” did not yet exist when he was in his prime. (Read: No, he never followed through on any patents, alas the stories are the great inheritance.) Many a Cazenovian has tales of the time he saved their holiday dinner by repairing a broken oven or when he bartered his services because they didn’t have the cash on hand to compensate him. And contrary to popular belief, he was never an employee of Buyea’s True Value, despite the countless times he assisted DIY weekend warriors by guiding them to the appropriate parts/tools and providing advice for their home repair. His version of community service wasn’t the type that would land on any resume, but was the essence of his human spirit. He gave more than he received and inspired his children to choose careers and volunteerism in service to others. Making a house a home was a priority for Bob and he did so in constructing two homes in the village of Cazenovia in the 1970s and when he disregarded his own advice to “build new so everything is level,” by buying an old house to renovate in the late 1980s. He shared his knowledge of construction with apprentices and in-laws who continue his teachings with new generations. Bob was also well-known as a vintage Volkswagen Bug and Bus aficionado, and as such, all family members were required to have some level of car repair skills and no family vacation was complete without at least one memorable breakdown. The Hop Shoppe, a homebrew supply business, marked one of Bob’s forays into entrepreneurship and was operated out of two different residences (a postmortem mea culpa if permits were required from the village or town and none were secured.) Bob was predeceased by his parents, his son Sean, and his brother, Nick. He is survived by his children, Kelli (Andy) Johnson of Cazenovia, Amy (Matt) Marchbanks of Cazenovia, Abby (Seth) Maxwell of New Hartford, and Steven (Ashlee Kleinhammer) Googin of Keeseville; several grandchildren, Maggie, Liam, Drew, & Bess Johnson; Elisabeth, Ryan, Kennedy & Cason Marchbanks; Tatum Little & Reaghan Maxwell; his brother, Ed (Lauren) Googin of Parish; several nieces and nephews; and his dear lifelong friend, Denny (Gail) Dougherty. Bob’s family wishes to thank friends who sheltered him following the cabin fire which displaced him and the staff at The Grand Rehabilitation and Nursing Home in Chittenango and Rome for their care (and tolerance for his antics when he was a new resident.) And no words will ever express the profound gratitude his children have for the steady presence of Denny Dougherty, childhood friend, teenage co-conspirator, and true blue through thick and thin to the very end. Drive-by calling hours with appropriate social distancing measures will be held at Michael E. Brown Funeral Services, 2333 Fenner Rd, Cazenovia on Saturday, October 10, 2020 from 1 to 4 p.m. A graveside service will be held at St. James Cemetery on Sunday, October 11,, 2020 at 12 p.m. Socially distancing and masks requested. For someone widely recognized as a “good-time Charlie,” his family regrets not throwing a bash replete with fireworks and potato guns, but rest assured a proper féte to celebrate his life will be planned post-COVID. In lieu of flowers, donations in Bob’s memory can be made to the Sean M. Googin Memorial Scholarship Fund at Cazenovia Central School, 31 Emory Avenue, Cazenovia, NY 13035 or the Cazenovia Fire Department, 127 Albany St., Cazenovia, NY 13035 or by mailing a birthday card to someone not likely to expect it from you. Bob had a system for recording the birthdays of many acquaintances long before the advent of Facebook and this gesture would be a fitting tribute to his penchant for spreading goodwill. To leave a message of sympathy for the Googin family, please visit www.michaelebrownfuneralservices.com