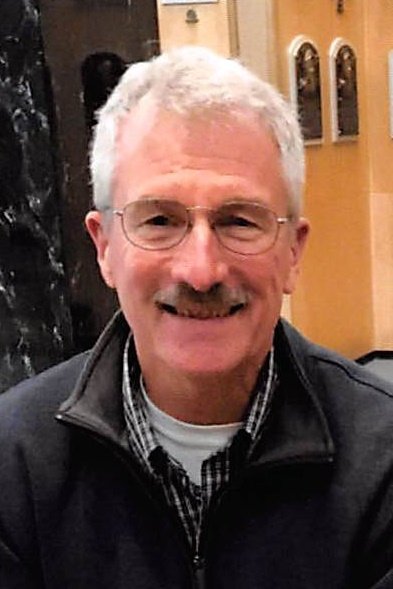 Funeral services and burial are private

Please share a memory of David to include in a keepsake book for family and friends.
View Tribute Book
David O. Fisher lived his life in service to others. Dave served his country in the United States Army, receiving a Bronze Star for his service in the Vietnam War, and continued to find ways to honor our nation’s veterans and service members throughout his life. He was a member of the American Legion Martin June Post for many years, participating in the town’s annual Memorial Day Parade and placing flags at the grave sites of veterans buried in the Fabius Evergreen Cemetery. Dave assisted with Wreaths Across America, participating in wreath-laying ceremonies at Onondaga County Veteran’s Memorial Cemetery, and welcomed home Honor Flight participants. In addition, Dave served his community as a member of the Fabius Volunteer Fire Department for many years. David loved Fabius, his home of 45 years, where he and his wife, Shelly raised their daughters and created rich traditions, which extended to their grandchildren. After a year-long battle with cancer, David was where he wanted to be, at home and surrounded by family, when he passed on October 11, 2020. Working was a way of life for David. He possessed a complete commitment for the work he did and the people he did it for. Building on his time with C.E. Fisher Roofing, working alongside his father and many family members, Dave launched a successful business, David O. Fisher Contractor, which he cultivated for 30 years. Dave’s customers became close friends, many of whom were at his side throughout his recent illness, encouraging and supporting him every step of the way. Dave never intended to stop doing the work he loved: it was illness that finally laid his hammer down. Known as “Pops” to his family, Dave taught selflessness, hard work, respect, and love. He remained his children’s and grandchildren’s #1 fan, continuing to cheer them on even when he could no longer be visible on the sidelines. David modeled patriotism and service, raising his children and grandchildren to love and honor our military men and women. He is survived by his loving wife of 52 years Shelly Fisher of Fabius; their three daughters and their families: Kim (James) Lawyer of Middleburgh, NY, Stephanie (Ray) Cross of Blythewood, SC and Samantha (James) Weckesser, of Cicero, NY; eight beloved grandchildren, Calley, Ryan, Madison, Hannah, Maya, Paige, Lawson, and Brynn as well as two brothers, Gerald Fisher and Steve Fisher. David was predeceased by parents Carl and May Fisher. Calling hours will be held from 4 to 7 p.m., Monday, October 19, 2020 at Michael E. Brown Funeral Services, 2333 Fenner Rd., Cazenovia. Funeral services with burial in Fabius Evergreen Cemetery are private. In lieu of flowers, contributions in David Fisher’s memory may be made to the Fabius Volunteer Fire Department, 7825 Main St., Fabius, NY 13063 or Hospice of Central New York and of the Finger Lakes, 990 Seventh North St., Liverpool, NY 13088. To leave a message of sympathy for the Fisher family, please visit www.michaelebrownfuneralservices.com