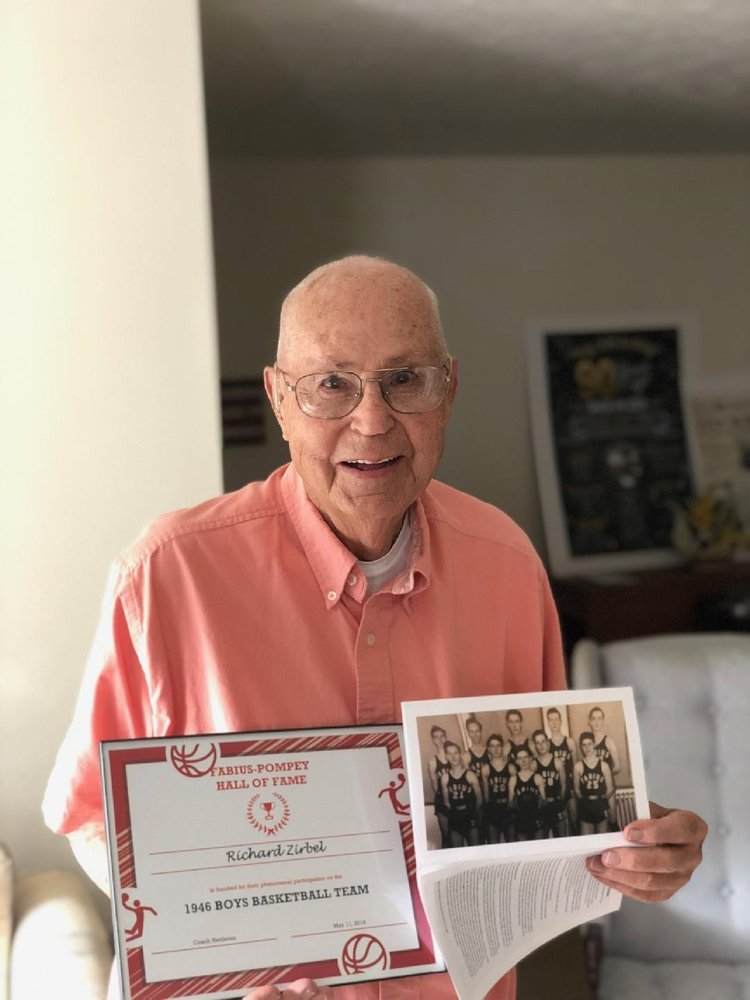 Please share a memory of Richard to include in a keepsake book for family and friends.
View Tribute Book
Richard “Dick” P. Zirbel, 91, of Cazenovia passed away Thursday, November 12, 2020 at Community Memorial Hospital in Hamilton. He was born March 21, 1929 in DeRuyter, New York to Lester and Hazel Zirbel. Dick was a graduate of Fabius High School in 1947 and a recent inductee into their Basketball Hall of Fame. He was employed at the Carrier Corporation for 42 years as a machinist and served as a Union Representative. He is survived by his wife of 70 years, Shirley Ann (Heffernan); his children, Chris Headworth (Zirbel), Randy (JoAnn) Zirbel, Tim Zirbel, Michelle Ryan and Darren (Heather) Zirbel; his sister, Shirley Jean Pitts (Zirbel); 20 grandchildren; 21 great grandchildren as well as numerous nieces and nephews. Dick was predeceased by his brother, James Zirbel and by a son, Dale Zirbel. There are no services at this time. To leave a message of sympathy for the Zirbel family, please visit www.michaelebrownfuneralservices.com