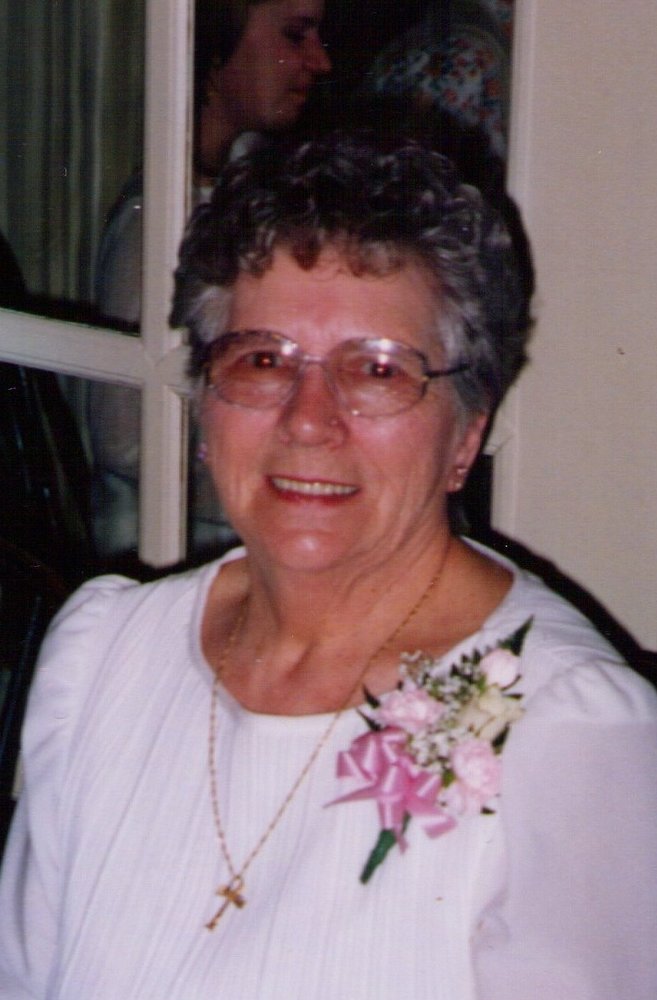 Please share a memory of Ruby to include in a keepsake book for family and friends.
View Tribute Book
Ruby M. Bodley, 94, of Cazenovia passed away Monday, December 14, 2020 at Crouse Community Center in Morrisville. She was born in Fenner, to Floyd and Mable Grant and was a direct descendant of President Ulysses S. Grant. She was a life resident of the Fenner - Cazenovia area. Ruby was a graduate of Cazenovia High School in 1945 and was a dedicated homemaker. She was a former 4H leader and an active member of the Perryville Methodist Church where she served as treasurer. After raising her children, Ruby was employed as a housekeeper, first for private residences and then for Cazenovia College. Upon her retirement, Ruby was actively involved as a program assistant with Cazenovia’s SNACK luncheons; canteen at Red Cross Bloodmobiles; fund raising for Habitat for Humanity, Bridges, Lorenzo and the American Cancer Society; mailings for the Office for the Aging; the Retired and Senior Volunteer Program. She also volunteered as a friendly visitor at Crouse Community Center and with the Community Chest of Cazenovia, Fenner and Nelson. Her dedication to community service earned her RSVP’s “Senior of the Year” in 2002. In 2004, Ruby married William Brady and they worked together in many community activities through the RSVP program. In 2005, Ruby and her husband Bill were honored as “Senior Citizens of the Year” by Madison County Office for the Aging. Ruby was also a member of the Women’s Hobby Club and enjoyed sewing, crocheting and making crafts. Ruby is survived by her children, Connie (George) Prockup of Phoenix, Bruce (Sharen) Bodley of Chittenango and Betsy (Steven Antes) Brown of Fairport; 11 grandchildren; 15 great grandchildren; several nieces, nephews and extended Brady family of four step-daughters and two step-sons. In addition to her parents, she was predeceased by her first husband, Meldan Bodley on February 26, 1999; her second husband, William “Bill” Brady on February 2, 2019; her two children, Gary J. Bodley in 2015 and Sherry M. Thompson in 1994; three sisters, Ruth Case, Grace Brown and Genevieve Michaelis; two brothers, Floyd and Aiden Grant. Funeral services are private with burial in Nelson Rural Cemetery. Contributions in Ruby’s memory may be made to the Perryville Methodist Church, 2751 Perryville Road, Canastota, NY 13032 or to the First Baptist Church of Chittenango, 520 Tuscarora Road, Chittenango, NY 13037. To leave a message of sympathy for the Bodley family, please visit www.michaelebrownfuneralservices.com

Share Your Memory of
Ruby
Upload Your Memory View All Memories
Be the first to upload a memory!
Share A Memory