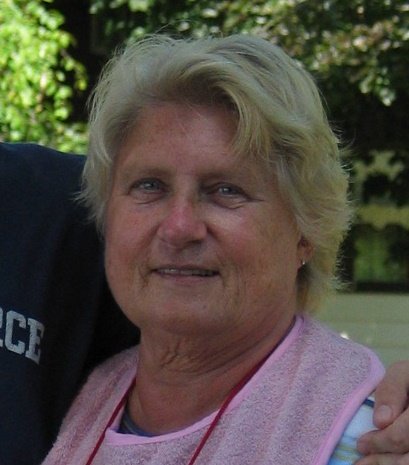 Please share a memory of Carol to include in a keepsake book for family and friends.
View Tribute Book
Carol Ann Krause Arman, 82, of Manlius, passed away Tuesday, December 22, 2020. She was born August 27, 1938 in Huntington, New York to Joseph and Helen Krause. Carol was a graduate of Our Lady of Mercy Academy in Syosset, NY and Tully High School. She attended Cazenovia College for one year after which she married. Carol was a homemaker who was known as an outstanding cook. She enjoyed “reading” cookbooks, playing Mahjong and Rummikub and spending time with her good friends. Carol really enjoyed playing bridge. She played for many years and was revered as an excellent player. Another “craft” of hers was her ability to tell a good story, especially those about her family. Carol is survived by her three daughters, Cynthia Arman of Rindge, New Hampshire, Patricia Arman of Newton, Massachusetts and Deborah Arman Keane, of Jefferson, Maine; one grandson, Benjamin Fisher and wife, Kelly Fisher and one great-grandson, William Fisher along with several cousins. In addition to her parents, Joseph Krause and Helen Krause, Carol was predeceased by her husband of 48 years, William R. Arman and by her brother, Joseph M. Krause. A Mass of Christian Burial will be celebrated 11 a.m., Saturday, November 27, 2021 at The Church of the Nativity at Immaculate Conception, 7386 Academy Street, Pompey, NY. The family will receive friends from 9:45 to 11 a.m. Saturday, November 27, 2021 at the church prior to the Mass. Burial will be in Immaculate Conception Cemetery in Pompey, New York. In lieu of flowers, contributions in Carol’s memory may be made to Catholic Charities, 201 Oxford Street, Syracuse, New York 13202 or online at catholiccharitiesusa.org. To leave a message of sympathy for the Arman family, please visit www.michaelebrownfuneralservices.com.

Share Your Memory of
Carol
Upload Your Memory View All Memories
Be the first to upload a memory!
Share A Memory