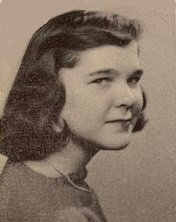 Please share a memory of Ruth to include in a keepsake book for family and friends.
View Tribute Book
Ruth Elizabeth Gorney, 92, of Manlius, N.Y., formerly of Orchard Park, N.Y., passed away Friday, February 5, 2021 at Community Memorial Hospital in Hamilton with her grandchildren, April and David by her side. She was born April 23, 1928 in Buffalo, N.Y. to Stephen and Clara (Albert) Wetzel, Sr. and was a graduate of Lafayette High School in Buffalo in 1947. Ruth was a homemaker and her time involved creating ceramic keepsakes with her husband to share as gifts for family members. They also enjoyed time together in the kitchen cooking and baking. Ruth enjoyed many leisure hours knitting and one of her most favorite hobbies was collecting memorabilia from QVC. Most recently, a resident of Brookdale Manlius, Ruth enjoyed time spent with her new friends having lively conversations and many laughs. She was a communicant of Our Lady of Sacred Heart Catholic Church in Orchard Park. Ruth is survived by her daughter, Pamela Gorney of Utica; six grandchildren, David (Sandy) Bowersox, Jr. of Orchard Park, N.Y., April (Dr. John) Costello of Cazenovia, N.Y., Eric Johnson and Tess Johnson both of Utica, Beth (Steve) Olson and Jason (Jennifer) Gorney both of Buffalo; 10 great grandchildren as well as several nieces and nephews. In addition to her parents, she was predeceased by her husband, Edmond Gorney in 2017; her son, Bruce (Jeanne) Gorney in 2001; her brothers, Stephen (Gwendolyn) Wetzel, Jr. in 2010, Leroy (Ferne) Wetzel in 1992 and Lester (Irene) Wetzel, and by her sister, Bertha (Alvin) Kolz in 1999. A Mass of Christian Burial will be celebrated Saturday, June 19, 2021 at 11:30 a.m. in Our Lady of the Sacred Heart Catholic Church, 3148 Abbott Rd., Orchard Park, NY 14127. Private entombment will be in Holy Cross Cemetery. Calling hours were held on Saturday, February 13, 2021 at Michael E. Brown Funeral Services, 2333 Fenner Road in Cazenovia. In lieu of flowers, contributions in memory of Ruth Gorney may be made to the Community Memorial Foundation, 150 Broad St., Hamilton, N.Y. 13346. To leave a message of sympathy for the Gorney family, please visit www.michaelebrownfuneralservices.com

Share Your Memory of
Ruth
Upload Your Memory View All Memories
Be the first to upload a memory!
Share A Memory