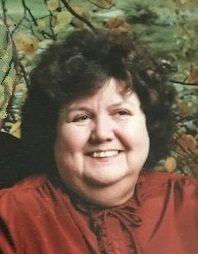 Please share a memory of Martha to include in a keepsake book for family and friends.
View Tribute Book
Martha Ingersoll Smith, 92, of New Woodstock, passed away peacefully Thursday, February 25, 2021 at Crouse Community Center in Morrisville. Martha was born February 19, 1929 in Cazenovia and grew up on her family’s farm in Pompey Hollow. She was a graduate of Cazenovia High School and moved to Washington D.C. where she was employed as a secretary for a physician and a Senator. In 1949, Martha married Leo Smith in Bethesda, Maryland and they returned to New Woodstock in 1954. Martha was a homemaker and she enjoyed reading, gardening and listening to Gospel music. She was a member the Federated Church of New Woodstock and the Malcolm Taylor Post 1572, American Legion Auxiliary in New Woodstock. Martha also volunteered at the New Woodstock Library and was an election poll worker. She is survived by her children, Kevin (Linda Sue) Smith of Irving, TX, Marlana Dilworth of Cortland and Gregory Smith of New Woodstock; one sister, Janet Dewey of Canton; eight grandchildren, Theresa, Lisa, Abbe, Celia, Chris, Steven, Jeff and Jennifer, several great grandchildren, nieces and nephews. In addition to her parents, Martha was predeceased by her husband, Leo Smith in 2004; her son, Leo “Skip” Smith II in 2013; her sisters, Celia McCarthy and Vera DeSilva; and by her brother Donald Ingersoll. Graveside services are 2 p.m., Friday, April 30, 2021 at New Woodstock Cemetery, Main Street, New Woodstock, New York. Funeral services were 3 p.m., Saturday, March, 6, 2021 at Michael E. Brown Funeral Services, 2333 Fenner Rd., Cazenovia. Calling hours were held from 1 to 3 p.m. Saturday at the funeral home prior to the service. Contributions in Martha’s memory may be made to the New Woodstock Volunteer Fire Department, P.O. Box 165, New Woodstock, NY 13122. To leave a message of sympathy for the Smith family, please visit www.michaelebrownfuneralservices.com

Share Your Memory of
Martha
Upload Your Memory View All Memories
Be the first to upload a memory!
Share A Memory