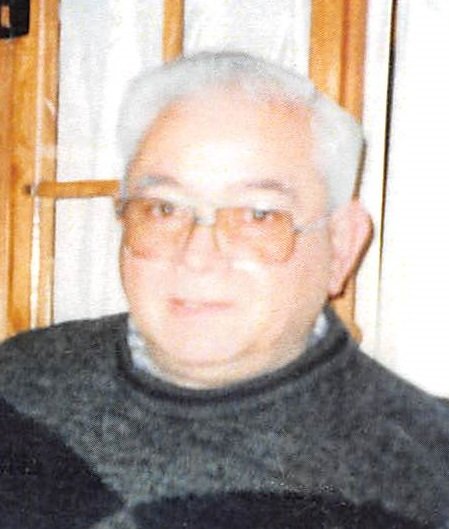 Get Directions
Thursday
27
May

Please share a memory of Benjamin to include in a keepsake book for family and friends.
View Tribute Book
Benjamin Cucciarre, 93, of Cazenovia, went home to be with the Lord on Sunday, May 23, 2021. He was born August 12, 1927 in the Bronx, New York to Antonio and Mary Guerra Cucciarre and resided in Cazenovia since 2000. Mr. Cucciarre lived most of his life in Walton, New York, where he worked at Tony’s Shoe Store as a shoe repairman in the family business. Mr. Cucciarre was a Navy Veteran of WW II and was a former member of the American Legion in Walton. Mr. Cucciarre was proud to have sponsored a child from Korea for several years through the Good Shepherd Home. He attended Christian Apostolic Church in Fayetteville. In addition to his parents, he was predeceased by his brothers, Francis “Frank” Cucciarre and Joseph Cucciarre; his son, Mark Cucciarre and by his sister, Ruth Cucciarre. Mr. Cucciarre is survived by his children, Pamela Mintonye of Cazenovia, Shirley Triffle of Michigan, Judith Cucciarre of Bainbridge, Constance (Wayne) Ruff of Oneonta and Rebecca (John) Beardslee of Cortland; 16 grandchildren; numerous great grandchildren as well as several nieces and nephews. Funeral services will be held at 11 a.m., Thursday, May 27, 2021 at the Christian Apostolic Church. A calling hour will be held at the church from 10 a.m. until 11 a.m. Thursday at the church prior to the service. Burial will be in White Chapel Memory Gardens, Dewitt. In lieu of flowers, contributions in memory of Mr. Cucciarre may be made to the Christian Apostolic Church, 7300 Woodchuck Hill Rd., Fayetteville, NY 13066. Condolences for the family may be left at www.michaelebrownfuneralservices.com

Share Your Memory of
Benjamin
Upload Your Memory View All Memories
Be the first to upload a memory!
Share A Memory