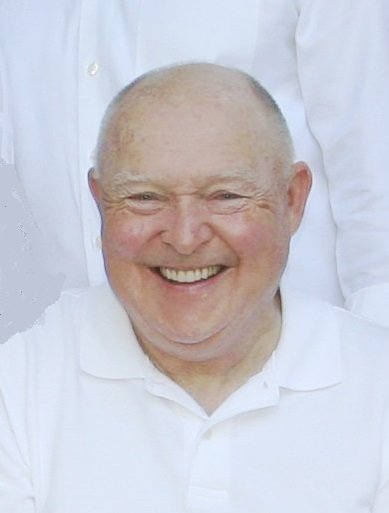 College of the Holy Cross, 1 College St. PO Box DEV, Worcester, MA 01610 or through the website - holycross.edu/give -in memory of John Smith, Class of 1964.

Please share a memory of John to include in a keepsake book for family and friends.
View Tribute Book
John R. Smith, 78, of Cazenovia, passed away May 25, 2021 at Crouse Community Center in Morrisville. He was born June 25, 1942 in Binghamton to John and Madeline Smith. John was a graduate of Holy Cross College, Worcester, MA in 1964 where he earned his Bachelor’s degree in Psychology. He was a veteran of the US Navy, Lieutenant and was stationed on the Shangri-La aircraft carrier in the Mediterranean Sea in the mid 1960’s. John had a gift of being able to relate to people from diverse backgrounds and often enjoyed sharing a drink with them. His ability to understand other’s perspectives made him a successful salesperson which enabled him to form lasting relationships in business and in life. John was extremely proud of the large family he brought together including six grown children, five spouses and ten grandchildren. An only child, he grew up on a farm in Tunnel, NY where he raised 2 quarter horses and a small herd of black angus. As a small boy his father encouraged him to sell violets door to door, and he credited that experience with his success in sales. John had a long career in the electronics industry in sales and general management. He worked for Corning, Inc. in field sales for 15 years, living in 6 different US cities. He was General Manager of Arrow Electronics’ Syracuse Branch for 8 years before starting his own firm. Smith Technical Sales was a successful manufacturer’s sales representative firm from 1990 until 2001. John was then employed by ReMax until his retirement in 2005. He enjoyed watching all types of sports, from his children and grandchildren to the NFL and his beloved Giants. Boating, golfing, gardening and riding his John Deere tractor were some of his leisure time activities. John was a member of the Electronics Rep Association and the Binghamton Country Club. He was a communicant of St. James Church. John is survived by his wife of 40 years, Susan Siedenburg Smith; his children, Jay (Theresa) Smith and their sons Ben and Evan of Richmond, VA, David (Sue) Smith and their sons Connor and Aidan of Potomac Falls, VA, Mike (Karen) Smith and their children, Cade, Samantha and Madison of Mill Valley, CA, Kevin Eric Smith of PA, Kasey (Alex) Hooper and their sons Smith and Tucker of London, UK and AJ (Allison) Smith and their daughter Irena of Hermosa Beach, CA. In addition to his parents, John was predeceased by his first wife, Kathleen Miller Smith. Calling hours will be held from 2 to 4 p.m., Sunday, June 6, 2021 at Michael E. Brown Funeral Services, 2333 Fenner Rd., Cazenovia. A Mass of Christian Burial will be celebrated at 10 a.m., Monday, June 7, 2021 in St. James Church, 6 Green St., in Cazenovia. Burial will be in St. James Cemetery, Cazenovia. In lieu of flowers, donations can be made in his memory to the College of the Holy Cross, 1 College St. PO Box DEV, Worcester, MA 01610 or through the website - holycross.edu/give -in memory of John Smith, Class of 1964. To leave a message of sympathy for the Smith family, please visit www.michaelebrownfuneralservices.com