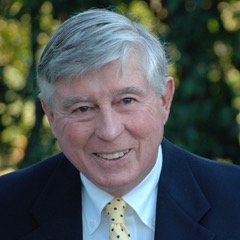 Please share a memory of William to include in a keepsake book for family and friends.
View Tribute Book
Mr. William Carroll “Nick” Coyne Jr., 89, died June 24, 2021, in Cazenovia, New York. He was born in Wilmington, Delaware, the son of William Carroll Coyne and Esther Ploucher Coyne. When he was two, after the death of his father, he moved to Norwich, N.Y. with his mother and siblings, to join her new husband, Dr. George L. Manley. He loved Norwich, NY and his many friends and family there. Nick attended school in Norwich, proudly playing baseball and basketball for the high school (and the Green Hornets in the summertime) until enrolling at Mercersburg Academy in Mercersburg, Pa. at 16 years old. There he again enjoyed playing baseball and basketball, and singing with the Glee Club. Nick always considered Mercersburg Academy an integral part of his life. He formed life-long friendships and was deeply appreciative of the education he received. To give back to the institution which meant so much to him, he served the school as a member of its board of regents for a total of 27 years, acting as chairman from 1975-1982. Nick continued his education at Syracuse University, another institution to which he became whole-heartedly devoted, graduating in 1954 with a B.A. degree. At Syracuse, he joined the varsity baseball and basketball teams and was president of the Phi Delta Theta fraternity. He graduated from SU College of Law, class of 1957, where he was president the Phi Delta Phi legal fraternity. Nick's involvement with Syracuse University continued throughout his life. He “bled Orange,” as they say. He served on many of the University’s boards and committees, including the Board of Trustees, Athletic Policy Board, the Orange Pack Executive Committee, and various selection committees tasked with filling staff and administrative positions at the university. In 1977, Nick received the Syracuse University Letterman of Distinction Award. Nick's legal specialty was in the field of labor law, in private and public sectors. He held memberships in the Onondaga County, New York State, and American Bar Associations, as well as ABA Labor Law Committee. He was a charter member of NYSBA Labor Section. Nick was a partner at Hancock & Estabrook Law Firm which he joined in 1957. After serving as managing partner for many years, Nick retired in 1997 and continued to work with the firm until 2003. Generosity was a value Nick demonstrated his entire life. He shared his time, abilities and resources with many community and service organizations throughout Central New York and beyond. He served on boards and committees for LeMoyne College; the Multiple Sclerosis Society of Central New York; Hiscock Legal Aid; Inter-Faith Works of CNY; St. Joseph's Hospital Health Center; Loretto; Syracuse Stage; United Way of Central New York; Greater Syracuse Chamber of Commerce; the Syracuse Boy's and Girl’s Club; and the Everson Museum of Art. Nick’s other great love in life was Camp Dudley. It was there, as a youngster, he spent time playing his favorite sports, learning how serve others through its motto, “The Other Fellow First,” and honing his excellent sense of humor. Camp Dudley was where he became “Nick,” short for “Nickel” which his friends called him in light of his last name. Nick loved to read and especially enjoyed mysteries and all things related to the Civil War. He loved singing — especially barbershop quartet style — with his friends and fraternity brothers. He could joyfully and proudly sing any college fight song on demand, not to mention remember every detail of every Syracuse University football and basketball game he ever watched. (All of them!) Nick had an easy sense of humor and an infectious laugh that, even when the jokes weren’t that funny, made you laugh with him for the pure joy of seeing him cracked-up. As is fitting for his devotion to service and the Catholic Church, Nick was a member of Catholic Knights of Malta, Sovereign Order of Malta. Nick was preceded in death by his first wife, Sarah Aicher Coyne; and by his second wife, Frances R. DiOrio Coyne; his daughter, Susan M. Coyne; parents, William Carroll and Esther; stepfather, Dr. George L. Manley; sister, Scarlett Coyne Dickinson; and brother, William Coyne. He is survived by his children, Carol, Tracy, Mary, and Christina; grandchildren, Sarah McClane, Sam Tenney, Miles Hearon, Aicher Hearon, Freddy Hayes, and Sarah Hayes; and great-grandchild, Grace Mclane. Calling hours are Wednesday, July 14, 2021 from 3 to 6 p.m. at Michael Brown Funeral Services, 2333 Fenner Rd, Cazenovia, N.Y. A Mass of Christian Burial will be celebrated 10 a.m., Thursday, July 15, 2021 at St. James Church, 6 Green St, Cazenovia, N.Y. In lieu of flowers, the family suggests that memorial contributions may be made to the following: Cazenovia Area Volunteer Ambulance Corps, 106 Nelson St, Cazenovia, NY 13035, 'Cuse Athletics Opportunity Fund and donations may be sent to Syracuse University, 640 Skytop Road 2nd Floor, Syracuse, NY 13244 or online donations can be made at givetosu.syr.edu., Mercersburg Academy, Office of Advancement and Alumni Relations, 100 Academy Drive, Mercersburg, PA 17236. https://www.mercersburg.edu/make-gift or Camp Dudley, 126 Dudley Road, Westport, NY 12993 https://www.campdudley.org/givenow/ Condolences for the family may be left at www.michaelebrownfuneralservices.com

Share Your Memory of
William
Upload Your Memory View All Memories
Be the first to upload a memory!
Share A Memory