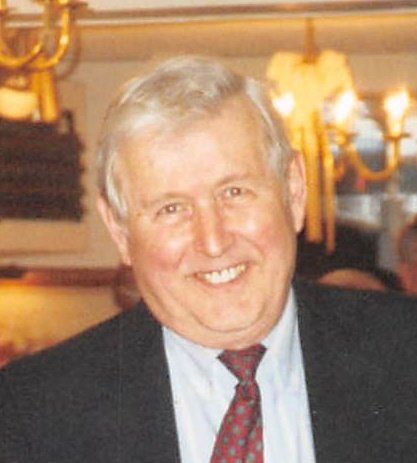 Please share a memory of Thomas to include in a keepsake book for family and friends.
View Tribute Book
Thomas J. Wall III, Esq., 91, passed away peacefully holding the hands of family on July 6, 2021. Tom was born in Baldwin, NY to teacher Emily Hruby Wall and attorney Thomas Joseph Wall II and enjoyed his summers on Long Island spending time on the local golf course and frequenting Jones Beach. He joined the United States Air Force in 1953 as an Aviation Cadet and in 1954 became an Electronic Counter-Training Measures Officer where he was stationed in Germany. Upon his return to the states, Tom became a Captain in the Air National Guard until 1964 and remained on active reserve until 1972. During his tenure with the Air Force, Tom attended University of Wisconsin- Madison where he earned a BS in Mechanical Engineering in 1962 and a Bachelor of Law degree in 1965, passing the WI State Bar in 1966. He began his professional career as an Engineer with Xerox Corporation in Rochester and moved to Cazenovia, NY in 1974 to join Carrier Corporation. After passing the NY State bar in 1978, Tom went on to form his own Intellectual Property Law Firm and added partners to become Wall, Marjama & Bilinski and worked actively as a patent attorney until retiring in 2010. His took great pride in serving his country and his career in law and enjoyed canoeing trips with his son in the Adirondacks, skiing and snow shoeing with his family and sailing and rowing on Cazenovia Lake. His varied interests included gardening, reading, and woodworking- he began building boats in his later life and completed many Adirondack guide boats and canoes by hand. Tom is preceded in death by his sister Dr. Ursula Wall Pitman and is survived by sister Marie Wall Grant, wife Beverly Wall, and children Kelly (John) Lawson, Thomas Joseph (Renee) Wall IV, Catherine Wall, and Cheryl Wall, as well as 5 grandchildren. Private services will be held in Cazenovia, NY and donations in lieu of flowers can be made to the Alzheimer’s Association. Michael E. Brown Funeral Services has care of arrangements.