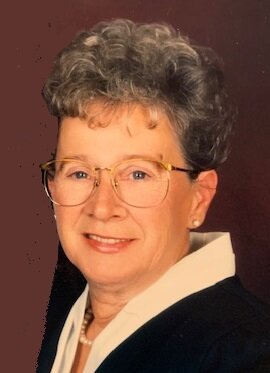 A private ceremony for Janet’s family will be held at a later date.

Please share a memory of Janet to include in a keepsake book for family and friends.
View Tribute Book
Janet Elaine Coleman, 88, of Cazenovia, died Saturday, September 4, 2021 at Oneida Health Extended Care Facility. She was born in Manlius, Janet and her identical twin sister, Joyce were the oldest of three children to Frank and Lillian Emmons. In her younger years, Janet was an avid horsewoman who competed in many riding events. Janet graduated from Manlius High School in 1951 and held various jobs before she married Earl R. Coleman in 1952. After Earl fulfilled his military duties, they moved to Cazenovia where Janet had been employed as a school bus driver with the Cazenovia Central School District for several years until she retired to babysit one of her grandchildren. In her free time, Janet enjoyed gardening and birdwatching. She is survived by her children, Janice Coleman, Debra (Russell) Jones, Cheri (Richard) Garlock, Earl R. (Stacey) Coleman, Jr. and Dawn Jones; nine grandchildren, Hillarie, Michael, Courtnie, Bryan, Bethany, Samantha, Devon, Corey and Kevin as well as many, many great grandchildren. In addition to her parents, Janet was predeceased by her husband, Earl R. Coleman in 2019; her sister, Joyce Hotaling and by her brother, Ted Emmons. A private ceremony for Janet’s family will be held at a later date. To leave a message of sympathy for the Coleman family, please visit www.michaelebrownfuneralservices.com