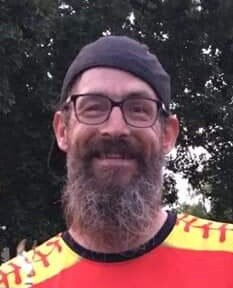 Please share a memory of Richard to include in a keepsake book for family and friends.
View Tribute Book
Richard M. Young, Jr., 38, of Cazenovia, passed away suddenly Saturday, September 4, 2021 while playing the game he loved, softball. Richard was born September 13, 1982 in Batavia to Richard Young and Lorrie Wright. He was a 2001 graduate of Cazenovia High School and had been employed for the past 20 years with F. W. Webb Company in Cazenovia where he was the Head of Shipping and Receiving and a Valve Technician. Richard had a passion for sports and enjoyed playing softball where he held the position of shortstop and played on six different teams. He was a diehard fan of the Buffalo Bills, also NY Yankees and watching WWE Wrestling. Richard’s biggest love was his family and he will be remembered as a “great” uncle. Richard was skilled and known for his ability to maintain several aquariums that was home to 100’s of fish of varied species. Richard is survived by his father, Richard (Sandy) Young, Sr. of Canadice, NY; his mother, Lorrie (Curtis) Swartwout of New Woodstock; his girlfriend, Suanne Morgan of Earlville; his maternal grandmother, Carol Baronner of New Woodstock; his maternal grandfather, Richard (Mary) Wright of Vergennes, VT; his siblings, Melissa Young of Honeoye, NY, Christopher (Monica) Swartwout of Manlius and Emily (Chris) Lockett of New Woodstock, his cousin, Brandon Wright of Cazenovia; several aunts, uncles, nieces, nephews, cousins, friends and by his dog, Kane, along with his F.W. Webb family. Calling hours will be held from 5 to 8 p.m., Friday, September 10, 2021 at Michael E. Brown Funeral Services. Funeral services will be held at 10 a.m., Saturday, September 11, 2021 at Michael E. Brown Funeral Services, 2333 Fenner Road in Cazenovia with burial to follow in New Woodstock Cemetery. To leave a message of sympathy for the Young family, please visit www.michaelebrownfuneralservices.com