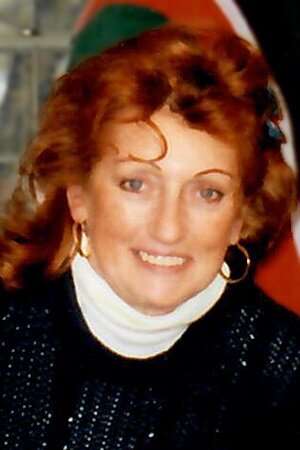 Get Directions
Friday
13
May

Please share a memory of Carol to include in a keepsake book for family and friends.
View Tribute Book
Carol Helen (Ball) Millson, 88, passed away unexpectedly on March 15, 2022, at her home in Chittenango. Carol was born on October 9, 1933, to Herman and Helen (DeBoalt) Ball and grew up on a dairy farm in Collamer, NY. As an only child, she spent many hours in the barn helping her father milk cows and do chores, developing a deep love of country life and animals. She especially liked goats and sheep. Carol graduated from East Syracuse High School in 1951 and SUNY Morrisville in 1953 with an AAS in Food Service Administration. After graduation, Carol worked several years at Chittenango High School managing the cafeteria before starting a family. Carol loved old houses and restoring them. In 1962 she moved to Oran and restored a pre-1800 farmhouse. In 1971 she moved to Cazenovia after inheriting her father’s secondary farm, High Meadows, and restored a dilapidated early 1800’s farmhouse. She later spent many years remodeling a former camp, Spring Brook Place, to the colonial period. Carol loved antiques and going to auctions, sales, and shops looking for treasures. She owned and operated Country Look antique shop in Minoa for several years in the late 1980’s. After that, she would have annual sales at her Spring Brook Place. Carol was deeply religious. She constantly studied and took notes while reading the Bible and religious books and watching religious programs. Faith was always on her mind. Carol was predeceased by her husband, Thomas H. Millson. Carol is survived by her children, Mary (Bear) Chase of Fitzwilliam, NH, John (Katie) Rybinski of Pompey, Megga Mannolini of Clay, and Michael (Debora) Millson of Cazenovia; her grandchildren, Michael (Sarah), Mark, Nicole, Danielle, Charisse, Andy, Daniel, Kate, and David; step-grandchildren Connor and Kyle; and five great-grandchildren. A calling hour will be held from 12 to 1 p.m. with memorial services at 1 p.m. on Friday, May 13, 2022 at Michael E. Brown Funeral Services, 2333 Fenner Road in Cazenovia. Burial will be in Evergreen Cemetery, Cazenovia. The family requests those who wish to express sympathy to consider making a donation to their favorite charity in Carol's name instead of flowers. Condolences for the Millson family may be left at michaelebrownfuneralservices.com.

Share Your Memory of
Carol
Upload Your Memory View All Memories
Be the first to upload a memory!
Share A Memory