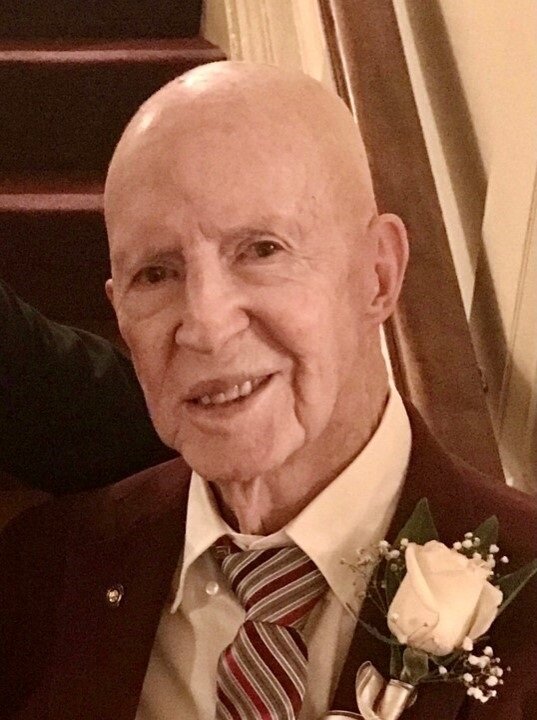 Please share a memory of John to include in a keepsake book for family and friends.
View Tribute Book
John E. Libby, 91, of New Woodstock, passed away peacefully Wednesday, March 30, 2022 at home with his family by his side. John was born January 15, 1931 in Hyannis, Cape Cod, Massachusetts to Charles and Grace Libby and was a graduate of Barnstable High School. John earned his Bachelor’s degree in Agriculture from the University of Massachusetts at Amherst and his Masters in Corporate Real Estate. He was a First Lieutenant in the U.S. Army and upon his honorable discharge in 1955, John served in the Army Reserves as a commissioned officer until 1961. He retired from Agway in DeWitt as the Director of Corporate Real Estate and had been the Orleans County Assessment Coordinator for several years. John was the Town Justice for the Town of Cazenovia from 1972 until 1991 and a NYS Small Claims Magistrate. He was a member of the NYS Magistrates Association, the NYS Assessors Association, the International Association of Assessing Officers and a charter member of Cherry Valley Carriage Association. John was also a 4-H leader, a member of the New Woodstock Malcolm Taylor American Legion and a board member of the New Woodstock Cemetery Association. His favorite place to be was on his tractor making hay. John is survived by his children, Bonnie (Dean) Slocum of Cazenovia, Kathleen (Chip) Pratt of New Woodstock and John C. (Mary) Libby of Windham, ME; his grandchildren, Amanda Slocum, Travis (Jackie) Slocum, Terry (Kristin) Pratt, Andrea (John) Lehmann, Jason Libby and Amos Libby; his great grandchildren, Keira Passmore, Dylan and Nicholas Slocum, Milana and Annalie Pratt, Teagan and Raleigh Lehmann, Harbour, Molly and Zealand Libby as well as seven nieces and five nephews. In addition to his parents, John was predeceased by his wife of 65 years, Irene; his sisters Jane Holmes and Cynthia Sedlacek and by his brother, David Libby. There are no calling hours. Private graveside services will be held in New Woodstock Cemetery. To leave a message of sympathy for the Libby family, please visit www.michaelebrownfuneralservices.com