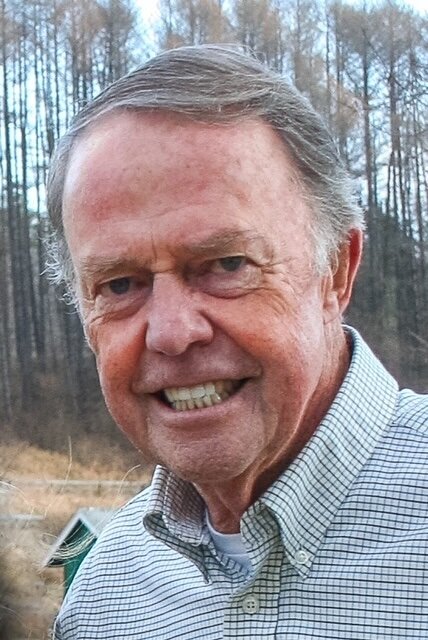 Please share a memory of John to include in a keepsake book for family and friends.
View Tribute Book
John Harold Koerner, 90, passed away peacefully on May 6, 2022, surrounded by many of his beloved grandchildren. Jack, as he was known to most, was the son of Helen and Harold Koerner and was born in Troy, NY. He graduated from Monroe High School in Rochester, NY and was a graduate of Dartmouth College in 1953. Jack remained on to earn his MBA at the Tuck School of Business. While attending Dartmouth, he met Polly Black, his college sweetheart and they were married in August of 1953. Upon graduation, he served in the U.S. Navy as a supply officer which enabled them to travel the world. Jack and his father, Hal, established Koerner Ford in 1956 where he owned, operated and franchised dealerships for over 35 years. He was considered a pioneer in this regard. During those busy years, he was a constant civil servant supporting the First Presbyterian Church of Cazenovia as a very active participant serving on many boards and committees, he was a trustee of Cazenovia College, president of Clarkson College of Technology’s Parents Association and the chairman of the board of the United Way of Central New York. In addition to serving his community, he and Polly also supported many charitable organizations throughout their lives. When he was not at work or at a committee meeting, Jack could be found bird hunting, swinging a golf club, skiing throughout the country or horseback riding. He and Polly purchased their horse farm, Tamarack Ridge, 59 years ago where he lived until his passing. Jack’s love of the farm was exhibited by his constant care of the horses, the woods where he hunted, the fields he maintained, and the wildlife he admired every day. If he and Polly were not on the farm, they were at Lake George where he learned to fish and camp at a very early age and passed this love on to his children and grandchildren. Jack is survived by his wife of 68 years, Polly; his four daughters, Katherine Johnson (Gary), Lesley Lepine (Maurice), Stephanie Ayer and Susan Pearson (Scott); his sister, Joanne Gianniny; 11 grandchildren: Katie, Julia, Molly, John, J.D., Bobby, Duncan, Chris, Sarah, Steph and Sydney; 6 great-grandchildren as well as one niece and two nephews. In addition to his parents, Jack was preceded in death by his eldest child, John Harold, Jr. A memorial service will be held at 11 a.m., Wednesday, May 25, 2022 at the First Presbyterian Church of Cazenovia, 27 Albany Street in Cazenovia. In lieu of flowers, donations in Jack’s memory can be made to: CPF (Cazenovia Preservation Foundation) online at cazpreservation.org, United Way of Central New York online at unitedway-cny.org or Fund for Lake George online at lakegeorgeassociation.org. To leave a condolence for the Koerner family, please visit www.michaelebrownfuneralservices.com