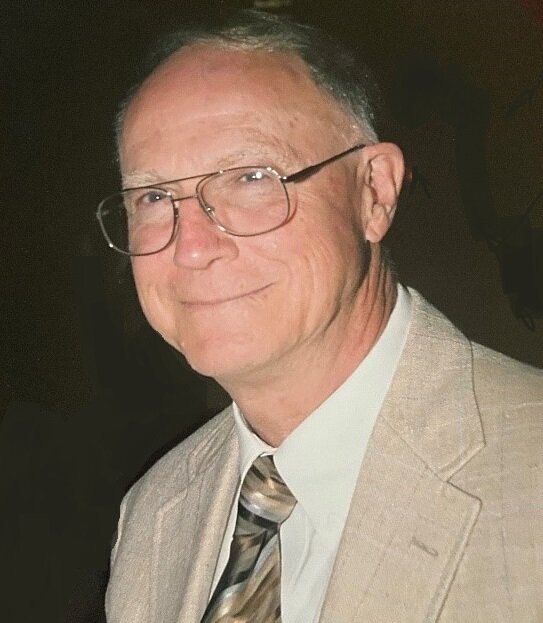 Please share a memory of David to include in a keepsake book for family and friends.
View Tribute Book
Prof. David W. Hutchings, 88, of Cazenovia, NY died on June 6, 2022 after a long illness. He was born on September 26, 1933 and was the second child of Dr. Charles W. and Madeleine G. Hutchings, then residing at Marcy State Hospital, Marcy, NY. He attended Syracuse University (SU) after graduation from West Genesee High School in 1952. During his studies at SU, he was a member of the Acacia Fraternity and earned a Bachelor of Science in botany in 1956. At SU, he was a cadet in the Reserve Officer Training Corps and was commissioned a Second Lieutenant in the U. S. Army on completing his studies. He trained at the Artillery and Guided Missile School in Fort Sill, OK and served on active duty in the First Division – “Big Red One” – and in the U. S. Army Reserve from 1956 through 1964, retiring with the rank of Captain. Following active duty, Prof. Hutchings earned a Master of Education degree at SU in 1960 and joined the faculty at Cazenovia College where he lectured in botany, biology, and ecology while completing further graduate work in botany at SU under Prof. Mildred Faust. During his tenure at Cazenovia College, he visited, photographed, and conducted student field trips to botanical areas of interest – fields, swamps, bogs, and forests – throughout the central New York region. In 1974, he accepted an appointment as Professor of Biology at State University of New York (SUNY) Morrisville, Morrisville, NY where he lectured in basic biology, anatomy and physiology, and other courses until his retirement in 1995. With a lifelong interest in the music of Johann Sebastian Bach, he presented evening seminars on Bach’s life and music for many years, as well as slide shows of his photographs accompanied by recordings of Bach’s music. SUNY Morrisville awarded him their Distinguished Teacher Award in 1986 for an outstanding record as a teacher, student advisor, faculty leader, and supporter of campus activities. Prof. Hutchings was an avid naturalist, sportsman, scuba diver, and photographer. He was a keen observer of nature and loved to teach his children and grandchildren about the multitude of plants and animals encountered on many adventures throughout the countryside and around the family’s camp at Little Long Lake in the Adirondacks. He loved trout fishing in the spring, bass fishing in the summer, and ice fishing on Cazenovia Lake in the winter. He particularly enjoyed helping and watching youngsters catch fish. Above all, he loved his wife and family and was devoted to their happiness. Surviving Prof. Hutchings are Joyce L. Hutchings, his wife of 63 years, and his sister, Madeleine Elizabeth Wright of San Diego, CA. He leaves four children: Dr. Charles (Karen) Hutchings of Bradford, NY; Dr. Richard (Kim) Hutchings of Dexter, MI; Bonnie Hutchings, RN of Cazenovia, NY, and Nancy Hutchings of Lincoln, MA. His grandchildren include David and Emily Hutchings of Dexter, MI and Andrew Enila of Lincoln, MA. He also leaves many cousins, nieces, and nephews throughout the United States and Canada. Prof. Hutchings was a life member of the National Rifle Association and a member of American Legion Post 88 in Cazenovia, NY. A memorial service will be held at Michael E. Brown Funeral Services, 2333 Fenner Road in Cazenovia at 11 a.m. on Friday, July 1, 2022. Condolences for the Hutchings family may be left at www.michaelebrownfuneralservices.com