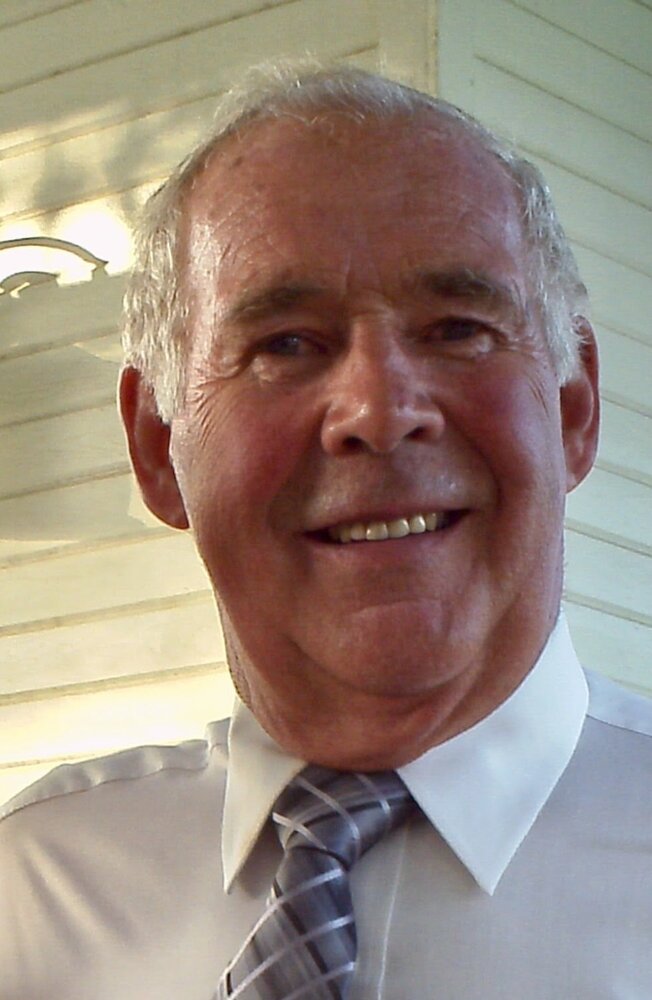 Please share a memory of Richard to include in a keepsake book for family and friends.
View Tribute Book
Richard Wood Loomis, 81, passed peacefully surrounded by family on June 17, 2022. Beloved husband of Claudia Alice Soule Loomis of 59 years, loving father of Heidi (Denis) Mulcahy, Jamie (Eric) Kent, and Richard (Alison) Loomis; “Papa” to 10 grandchildren - Ashley (Zach) Wightman, Daniel Kent, Andrew Kent, Kaitlyn Mulcahy, Denis Mulcahy Jr., Lindsay Mulcahy, Benjamin Loomis, Joseph Loomis, Walter Loomis, and Levi Loomis. Born in North Pitcher to the late Ashville Verne Loomis and late Hazel Wood Loomis, Richard attended South Otselic Central School and the State University of New York College at Cortland, where he studied education and played varsity football and lacrosse. Richard taught physical education at Medina High School for 3 years and then at Morrisville-Eaton High School for 32 years, during which he coached junior high and high school sports including football, basketball and track. Richard also coached college football at Hamilton College, where he served as offensive coordinator for several years. In addition to his teaching career, Richard was also a skilled carpenter, a talent he acquired from his father. He built houses and completed numerous renovation projects during his summers. From his Grandfather Verne and Grandmother Mabel’s decades-run square dance business, the “Loomis Hayloft,” Richard gained a passion for square dancing, a passion which he shared with his wife over the years. Richard was also active within the Community, running the Youth Commission program for many years, providing local youth with opportunities to engage in summer athletics, the arts, and part-time employment. He received numerous awards for his service and leadership to both the community and to the MECS High School athletics programs including: The Rotary Community Service Award, MECS Teacher of the Year, MECS student year-book dedications, and Clarkson University’s “Outstanding High School Teacher of the Year” Award. Upon retiring from teaching, Richard embarked on another endeavor rooted in his farming upbringing, purchasing a 200 acre farm in Morrisville, NY. Over the last 25 years, Richard raised Angus, Wagyu, and dairy replacement cattle. He also grew vegetables to sell at his farm stand, providing fresh produce for locals. The highlight of his farm was producing maple syrup, a tradition passed on for five generations. Richard and his family sold syrup locally and at Farmers Markets, including the New York City Green Market. A highlight each year was participating in the annual Madison County Farm Days where his family would gather to help both “Papa” & “Grammy” host this event. Richard loved his family, his students, his animals, and the land. He was a dedicated educator, coach, and farmer from birth to the end, tending to his cattle, tilling the land, gardening with his wife, and coaching his students. He was a loving and beloved husband, father, and grandfather who enjoyed teaching future generations of student athletes and farmers alike. He will be remembered for his intense work ethic, along with his tireless dedication to the lives of countless students. Richard was recently referred to by a former colleague as a “Legend” - no matter what role he held, as Coach Loomis, Richard, Dad, or Papa - he will forever be remembered in this high regard. Calling hours will be held on Thursday, July 7, 2022 from 4:30 to 7:30 p.m. at the Morrisville Community Church, 3824 Swamp Road, Morrisville, NY. Memorial services will be held at 10:30 a.m., Friday, July 8, 2022 at the Morrisville Community Church. Always a teacher, Richard’s wishes were to donate his body for anatomy education at SUNY Upstate Medical University. He will be laid to rest at Maple Grove Cemetery in Otselic, NY at a future time. In lieu of flowers, contributions towards a student scholarship in Richard’s name may be made to “MECS Business Office,” 5061 Fearon Rd., Morrisville, NY 13408 with “Coach Loomis Scholarship” noted in the memo line. Condolences for the Loomis family may be left at www.michaelebrownfuneralservices.com