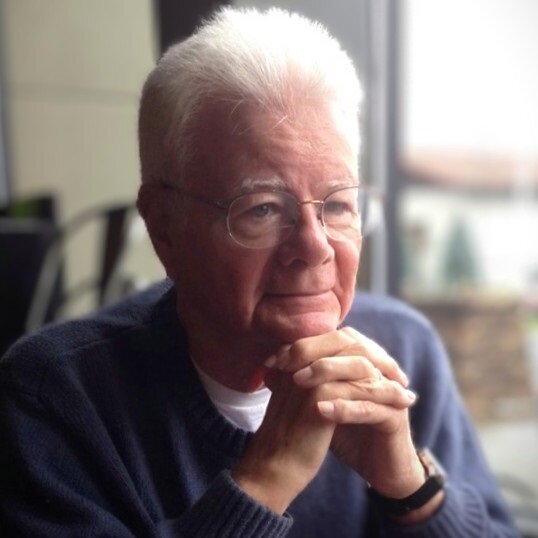 Please share a memory of John to include in a keepsake book for family and friends.
View Tribute Book
John Keegan, a longtime resident of Cazenovia, died peacefully, with his children by his side, on July 2, 2022 in Gainesville, FL. He was 84. He was born to parents Joseph and Mary Keegan in Manhattan, on February 15, 1938; the oldest of two children. He graduated from Manhattan College in 1959 with a degree in engineering and started what would become a distinguished career, first at Stearns & Wheler in Cazenovia, and later at O'Brien & Gere in Syracuse, retiring in 2003. On January 16, 1960, he married Jane Fields in Bronx, NY, and the two embarked on a 62-year journey that included raising two children, countless friends, and frequent adventures. They were active parishioners of St. James Catholic Church, supporters of local art and theater, members of Cazenovia Country Club, where John could often be found with at least one of his children, and later in life, they became active in local theater groups, performing work behind the scenes and on stage. Their marriage was the embodiment of the love, kindness, and generosity that imbued and guided his life. John was a public servant and teacher at heart. He was a volunteer at the Cazenovia Area Volunteer Ambulance Corps (CAVAC) for more than 40 years, and in 2015, he was honored with the Life Membership Award for his distinguished service. He was kind and softly spoken, and always had time to answer a question, offer advice, or to help solve a problem—no matter how small. He will be dearly missed by his loved ones, and the many people whose lives he touched. John is survived by his wife, Jane; his daughter, Jennifer Yackel; his son, Michael Keegan and his partner Laura; his niece, Laura Fanning; and his granddaughters, Noelle Yackel and Maura Keegan. He is preceded in death by his brother, James Keegan and his parents. The family will receive friends Monday, July 18, 2022, from 4 to 6 p.m. at Michael E. Brown Funeral Services, 2333 Fenner Rd., Cazenovia. Funeral services will be held 10 a.m., Tuesday, July 19, 2022, at St. James Catholic Church, 6 Green St., Cazenovia with Deacon John Addante as celebrant. Burial will follow at St. James Cemetery. Contributions in John’s memory may be made to CAVAC, 106 Nelson St., Cazenovia, NY 13035. Condolences for the family may be left at www.michaelebrownfuneralservices.com