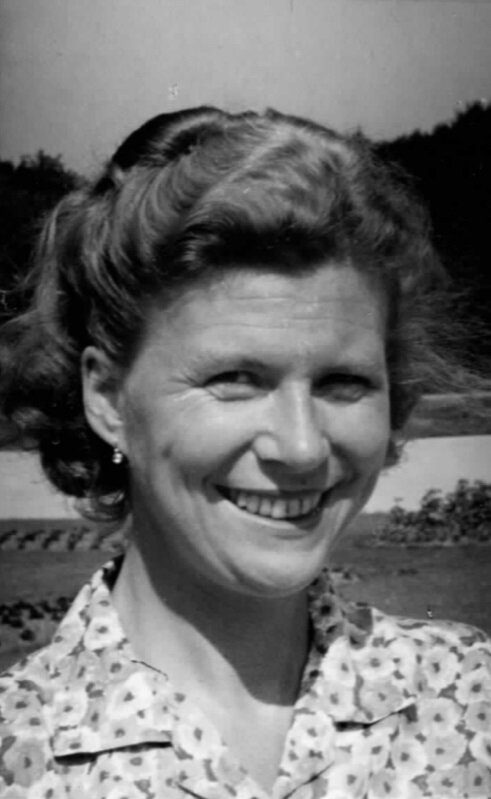 Please share a memory of Erna to include in a keepsake book for family and friends.
View Tribute Book
My sister and I are mourning the loss on July 25, 2022 of our very special mother, Erna Hamel. She was born in Vienna, Austria, on May 13, 1921. The birth was attended by her grandmother, a midwife. She was a beautiful woman who was a cover girl on a literary magazine in her teens. She was very bright and graduated from an academic high school in 1939, and left Vienna for a visit with her paternal aunt in NYC. The advancing German army, which overran her homeland, made it impossible for her to return. In ensuing years, she met and married our father, Jacques, a friend of mother’s cousin. She traveled with our father around the southern US during his service in the United States Army, working in libraries, Army mess halls and in assorted other jobs. After the war they worked for Merrill Lynch in NYC, and they had us and eventually settled in Pine Bush, NY. The stone house in the woods gave them the opportunity to hike, pick blueberries and mushrooms. Mother loved to travel the world, from Nepal in the Himalayas to New Zealand in the South Pacific. She was a self-taught naturalist who amassed a broad knowledge of plants, mushrooms, insects and stars. She vastly enjoyed her summers on the Maine coast and had many friends wherever she went. Erna is survived by her daughters: Erna Baumann of Lee Center, NY, and Henriette Hamel and son in law Carl Snow of Cazenovia, NY. She was predeceased by her husband, Jacques Hamel, her parents, Heinrich and Ernestine Senych and a brother and his wife, Heinrich and Zita Senych, and nephew, Heinrich Senych. She leaves a cousin and her husband in Nevada, Carmen and KC Macklin, and nieces, Maria Senych and Zita Shrott, and her husband Sigvard Schrott and their daughters Sophie Schrott in Austria, and Valerie and her husband Anthony Bradshaw and their children, Noah and Sara, in Wales. We celebrated Mother’s 101st birthday in May of 2022. We will all miss her tremendously. Condolences for the family may be left at www.michaelebrownfuneralservices.com

Share Your Memory of
Erna
Upload Your Memory View All Memories
Be the first to upload a memory!
Share A Memory