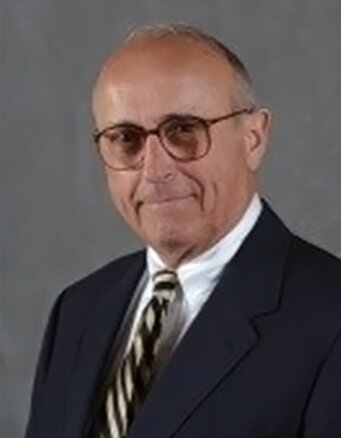 Please share a memory of Richard to include in a keepsake book for family and friends.
View Tribute Book
Richard “Dick” Sheridan of Cazenovia died at his home on Monday evening, October 3, 2022. Dick was the long-time owner of Gateway Equipment, a family-owned business engaged in the distribution of heavy equipment, with offices in E. Syracuse and Buffalo (Cheektowaga) NY, that he sold to Milton CAT, a multi-state Caterpillar dealer in 2011. Dick was born in Stoneham, MA and graduated from Reading High School in 1949. He served in the United States Marine Corps, attached to the MAG 15, First Marine Air Wing, and was honorably discharged in 1952. He graduated from Wentworth Institute of Technology, Boston, MA in 1955. He was employed by Westinghouse Air Brake Co. (WABCO) for the next 11 years following his graduation, serving in a number of roles, including a stint at corporate headquarters in Peoria, IL. He moved on from there to Syracuse to set-up a WABCO factory-owned store in 1966, and added management responsibilities for the Buffalo factory-owned store in 1970. He, along with a partner, purchased the business from WABCO in 1971, and he became the sole owner in 1989. Dick’s community and professional activities were many over the years, and included President, Cazenovia Youth Hockey and Bantams coach; Member, Zoning Board of Appeals, Town of Cazenovia; VP, Finance, American Legion Memorial Association Cazenovia; Treasurer, Cazenovia Golf Club; Treasurer, Cazenovia Town Republican Committee; Cazenovia Chamber of Commerce; St. James Church, Finance Committee, and a long-serving Trustee of Wentworth Institute of Technology and Trustee Emeritus at the time of his death, scheduled for a Trustee Emeriti meeting later this month. He served as VP and Treasurer, Chabil Mar Villas, Placencia, Belize C.A. and also served on the board of the Associated Equipment Distributors, an international trade association. He is survived by three sons, Richard, Jr. of Charleston, SC, David of Cazenovia, and Robert of Manlius; a daughter-in-law, Laurie Sheridan of West Falls, NY, and three grandchildren. He was predeceased by his wife Peggy, and son, Peter. A Mass of Christian Burial will be celebrated at 11 a.m., Monday, October 10, 2022 in St. James Church, 6 Green Street in Cazenovia. There are no calling hours. Internment will be in Wildwood Cemetery, Winchester, Massachusetts. Contributions in lieu of flowers may be made to CAVAC, 106 Nelson St., Cazenovia, NY 13035, Wentworth Institute of Technology, 550 Huntington Ave., Boston, MA 02115, the Cazenovia Public Library, 100 Albany St., Cazenovia, NY 13035 and the Cazenovia Preservation Foundation, P.O. Box 627, Cazenovia, NY 13035. Condolences for the Sheridan family may be left at www.michaelebrownfuneralservices.com