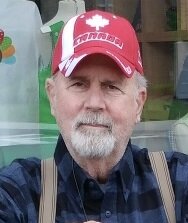 Please share a memory of Ron to include in a keepsake book for family and friends.
View Tribute Book
Ron Messineo passed away at the age of 79 after a battle with pulmonary fibrosis and lung cancer on Wednesday, October 5, 2022. Ron was born and lived in Lincoln, NE, where he married and raised his three children. Recently, Ron and his wife, Carol, moved to Cazenovia, NY. Ron loved his family and made it a point to spend quality time with his children as they grew up. Most notably, Ron relished his time with his family at their lake house in Southeast Nebraska, where he enjoyed one of his favorite activities: spending time on the water. During the summer, Ron and his children could be found water skiing, fishing, or slowly cruising around on the pontoon boat. Later in life, Ron loved to spend time with his grandchildren, cheering on the Cornhuskers with his oldest grandson, Nick, or riding bicycles with his younger grandchildren. As a devout Catholic, Ron was deeply religious. He read the bible and prayed the rosary nearly every day. Ron was an Eagle Scout and founded Boy Scout Troop 45 at St. Joseph’s School in Lincoln. He put a lot of time and energy into the troop and cared deeply about the success of each one of his scouts. Ron was co-owner of Valentino’s for several years with his brother, Tony Messineo. After moving on from Valentino’s, Ron owned and operated King’s Drive-In 50s diner. King’s was an excellent fit for Ron because he loved everything from the era: the cars, the movies, and the music. If you ever had the chance to eat at King’s, you might have been greeted with Ron’s big smile at the front door or heard him sing karaoke to one of the era’s popular songs. Ron was funny, compassionate, friendly, easy to talk to, and good-natured. He also made a point to befriend those who needed one the most. Ron passed away surrounded by family, who loved him deeply. Ron is survived by his wife, Carol, his daughter, Lisa; his two sons, Joe and Dan; his grandchildren, Nick, Taylor, Sophia, and Jacob; and, of course, his beloved Shih Tzu, Charlie. Calling hours and funeral services will be held in Lincoln, Nebraska. To leave a condolence for the Messineo family, please visit www.michaelebrownfuneralservices.com

Share Your Memory of
Ron
Upload Your Memory View All Memories
Be the first to upload a memory!
Share A Memory