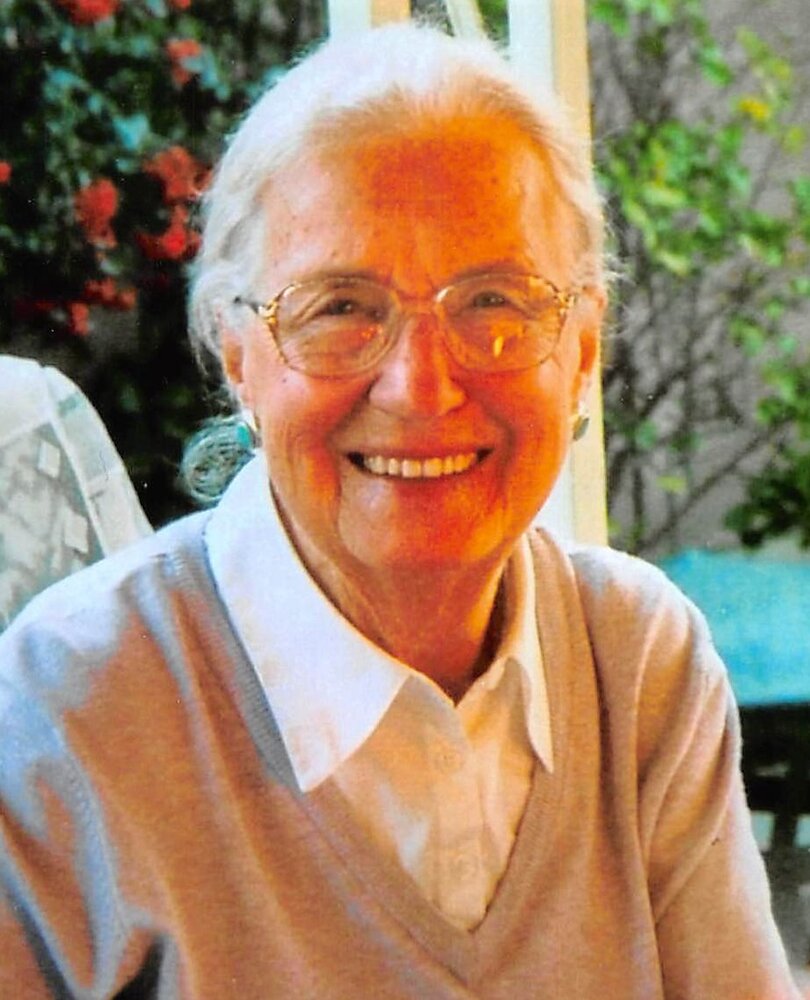 Please share a memory of Augusta to include in a keepsake book for family and friends.
View Tribute Book
Augusta “Gussie” Steinhorst, 100, of Cazenovia, passed away Tuesday, October 18, 2022 at Crouse Community Center in Morrisville. Gussie was born January 7, 1922 in Rammingen, Germany and moved to Buffalo in 1926. She was a graduate of Sacred Heart Academy in 1939 and married Albert G, Steinhorst in 1941. Gussie was a homemaker and resided in Tonawanda until moving to Cazenovia in 2014 to be closer to her family. Gussie was a loving mother, grandmother and great grandmother and her great grandchildren lovingly called her “G.G.”. Gussie was always eager to help anyone in need and she will be remembered as always being happy with a smile on her face. Live musical theater, concerts and going to the movies was enjoyed greatly over the years with the love of her life, her husband Albert George Steinhorst. Gussie has always been active with her Catholic faith, especially in her younger years in Tonawanda’s outreach program at St. Edward’s Church. In the autumn of her life, she attended St. James Church in Cazenovia. Gussie is survived by her children, Albert B. (Bonnie) Steinhorst of Cazenovia and Eric (Victoria) Steinhorst of Long Beach, CA; her beloved grandchildren, Albert Jay (Kristen) Steinhorst of Cazenovia, Taylor Steinhorst of West Australia and Jennifer (Danny) Hunt of Cazenovia; her former granddaughter-in-law, DeAnn Steinhorst of Colorado as well as her great grandchildren, Sawyer Hunt, Paige Hunt, Summer Steinhorst and Albert Jackson Steinhorst. In addition to her parents, Gussie was predeceased by her husband, Albert G. Steinhorst; her grandson, Mitchell Murphy; her sister, Marie Hogg and brothers, Rudolf, Benedict and Karl Kraus. There are no calling hours, private graveside services will be held at a later date in Evergreen Cemetery in Cazenovia. Contributions in Gussie’s memory may be made to CAVAC, 106 Nelson St., Cazenovia, NY 13035. Condolences for the Steinhorst family may be left at www.michaelebrownfuneralservices.com

Share Your Memory of
Augusta
Upload Your Memory View All Memories
Be the first to upload a memory!
Share A Memory