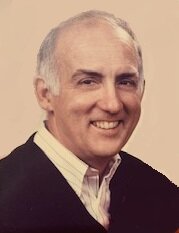 Please share a memory of Don to include in a keepsake book for family and friends.
View Tribute Book
Don Cliffe, 86, of Cazenovia, passed away peacefully on November 7, 2022 after a short illness with family by his side. Don was an educator who taught Industrial Arts at Cazenovia Central School for 32 years until his retirement in 1992. He was a skilled craftsman, house painter and had a passion for coaching. Throughout his career at CCS, he coached all levels of basketball, football, and track. He was never one to stay idle, as he also coached various levels of baseball during the summer. Don completed his coaching career as the Women’s Basketball coach at LeMoyne College. Don was born to Lee Cliffe and Ella (Ramie) Cliffe and raised in Ogdensburg, New York. He was a graduate of St. Mary’s Academy high school, class of 1955 where he lettered in three sports. Don received his teaching degree from SUNY Oswego in 1959 where he met Donna (Zimmerman) Cliffe. They were married shortly thereafter and celebrated 63 years of marriage. Don enjoyed many roles during his lifetime, none giving him more pleasure than those with his family. He was “Dad” to his children, “Grandpa” and “Papa” to his five grandchildren and five great grandchildren. He is survived by his wife Donna, his son Brian (daughter in-law Catherine); daughter Lisa (son in-law David); grandchildren Amy, Brooke, Macauley, Brielle, Connor; great grandchildren Riley, Dylan, Summer, Porter, and Hattie. He was a kind man who had a knack for seeing the good in those around him. He was salt of the earth, a phrase that captures him well. He took endless joy in his morning coffee meetings with the “boys”, a good athletic contest of almost any sort, and absolutely anything involving his grandchildren. To his students he was “Mr. Cliffe”, and he inspired many to follow his path of working with their hands. To his players he was simply known as “Coach”, which made him smile. A celebration of life memorial service will be held in the future. Contributions in Don’s memory may be made to CAVAC, 106 Nelson St., Cazenovia, NY 13035. To leave a condolence for the Cliffe family, please visit www.michaelebrownfuneralservices.com

Share Your Memory of
Don
Upload Your Memory View All Memories
Be the first to upload a memory!
Share A Memory