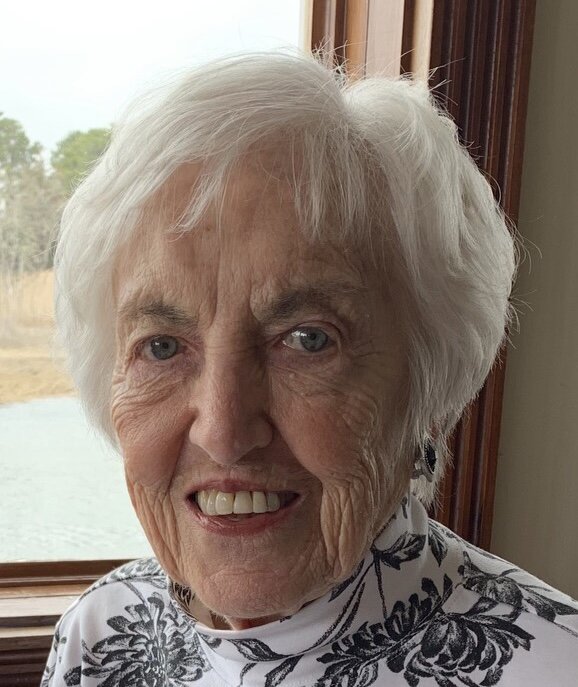 Please share a memory of Marcia to include in a keepsake book for family and friends.
View Tribute Book
With great sadness we share the passing of Marcia Helbig of Cazenovia, NY, on December 31, 2022. She was born on April 19, 1928 in King Ferry, NY to Kathleen and Samuel Fessenden. Marcia was the valedictorian of her high school class and the first in her family to attend and graduate from college. She earned her Bachelor of Arts from Cornell’s College of Home Economics and Masters in Education from SUNY Cortland. Marcia met her husband Richard Helbig while teaching in Hamilton, NY. They were married in 1951 and remained together until his sudden death in 1982. They made their home in Cazenovia, NY where Marcia taught child studies and fashion merchandising at Cazenovia College, supervised the college’s nursery school, was a beloved kindergarten teacher for 12 years with Cazenovia Schools and retired in 1990 after overseeing the district’s Gifted and Talented Program. Retirement presented the opportunity to travel with friends and family all over the world. Trips included visits in the Caribbean, China, Egypt, Europe, Morocco and more. Rising out of retirement, she began teaching again when she relocated to Avon, CT in 1999. After a second retirement at age 85, Marcia resided near her daughters, on Cape Cod and then returned to Central New York. She was a volunteer with Cazenovia’s Garden Club, Friends of Lorenzo, the Village Zoning Board of Appeals, CAVAC and the Public Libraries in Cazenovia and Avon. She was a past member of the Cazenovia Golf Club and Willow Bank Yacht Club, a communicant of St. James Church in Cazenovia and St. Mary’s Church in Unionville, CT. Marcia is survived by her daughters Amy (Dave) Swords and Sarah Webster; her granddaughters, Emily Swords Hill (Mike) and Kyle Swords Herald (Andrew); her grandsons, Peter (Rachel) and Sam Webster; a great granddaughter Caroline Herald as well as several nieces and nephews. Marcia was predeceased by her husband Richard, her brother Edwin and son-in-law David Webster. A Mass of Christian Burial will be celebrated 11 a.m., Tuesday, January 17, 2023, at St. James Church, 6 Green Street, Cazenovia, NY. Burial will be in Our Lady of the Lake Cemetery, King Ferry. In lieu of flowers, contributions in Marcia’s memory may be made to CAVAC, 106 Nelson St., Cazenovia, NY 13035 or Cazenovia Public Library, 100 Albany Street, Cazenovia, NY 13035. Condolences for Marcia’s family may be left at www.michaelebrownfuneralservices.com

Share Your Memory of
Marcia
Upload Your Memory View All Memories
Be the first to upload a memory!
Share A Memory